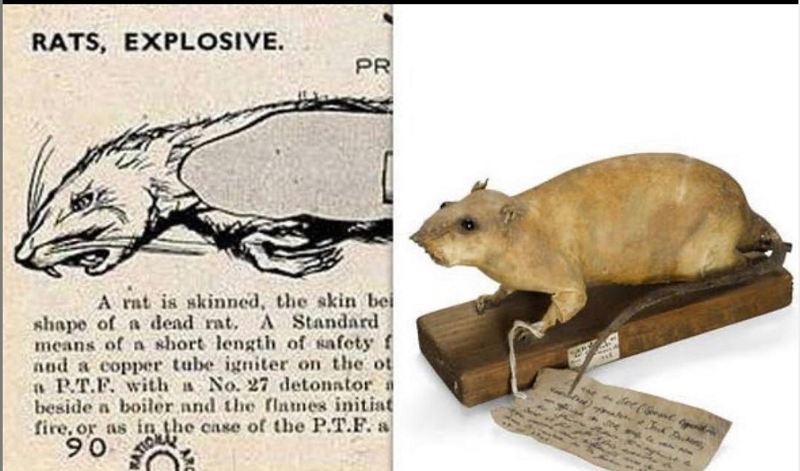 How does one sabotage German industry in the simplest and most effective way? That was the question consistently placed before the instructors and students at the SOE Special Training School #17 during WWII. One of the most ingenious devises used was the “explosive rat.” A hundred dead rodents were skinned, filled with plastic explosives and a fuse or time detonator and sewn up. The idea was to place the rat among coal beside a boiler in a locomotive, factory or power station. When the dead rat was spotted, it would be thrown on to the fire, causing a huge explosion. That was the theory, but the Germans intercepted the container of rats before they could be used for “operational purposes.” But all was not lost. According to an SOE report, the discovery prompted a hunt for “hundreds of rats the enemy believed were distributed on the continent.” The SOE concluded: “The trouble caused to them was a much greater success to us than if the rats had actually been used.”