Bravery and Audacity: The Story of Robert Smalls 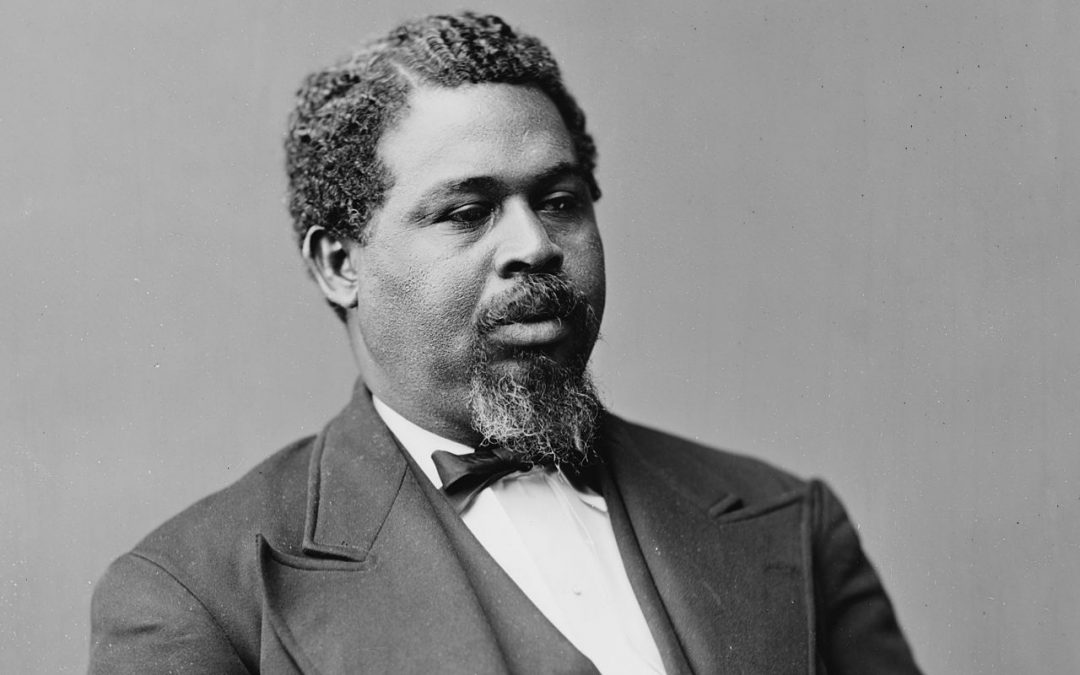 Robert Smalls (1839-1915) was born a slave in South Carolina. During the Civil War, he freed himself, his crew and their families by commandeering the Planter, a Confederate transport ship and sailing it out of the blockaded Charleston harbor into Union territory.

Smalls was an expert navigator. He knew Charleston harbor very well, but his race prevented him from being a captain himself.  He often took responsibility for piloting the ship when the white captain, who trusted him implicitly, was off duty. Just before dawn on May 13, 1862, Smalls and his crew of fellow slaves were able to commandeer the heavily-armed Confederate ship because the white captain and crew had spent the night ashore. They picked up family members at a predetermined rendezvous point, then made their way through the harbor. Smalls went so far as to wear the white captain’s straw hat and respond with the proper coded signals at Confederate checkpoints.Once outside of Confederate waters, he surrendered the ship to the Union blockade.

In the North, Smalls was celebrated as a hero. He personally lobbied the Secretary of War to enlist Black recruits.  His actions helped persuade President Lincoln to accept African-American soldiers into the Union army. Smalls himself recruited over 5,000 soldiers.  A few months after his bold escape, Smalls was again piloting the Planter, this time as part of the blockade of Confederate ports. The following year, the Planter was part of an assault on Ft. Sumter, and later the attack at Folly Island Creek,  in a battle so fierce that Smalls had to take over for the white captain who hid in a coal bunker.
After the war, he returned to South Carolina and was elected to the state legislature, and later to the U.S. House of Representatives. Unfortunately, he was to witness his state roll back Reconstruction reforms, including a provision in the revised constitution rescinding voting rights for Blacks.  Smalls remained a staunch advocate for the rights of African Americans, declaring “My race needs no special defense for the past history of them and this country. It proves them to be equal of any people anywhere. All they need is an equal chance in the battle of life.”

“Which Slave Sailed Himself to Freedom?” by Henry Louis Gates, Jr.
“The Life and Times of Congressman Robert Smalls.”  by Helen Boulware Moore and W. Martin Dulaney
“Robert Smalls” in Wikipedia