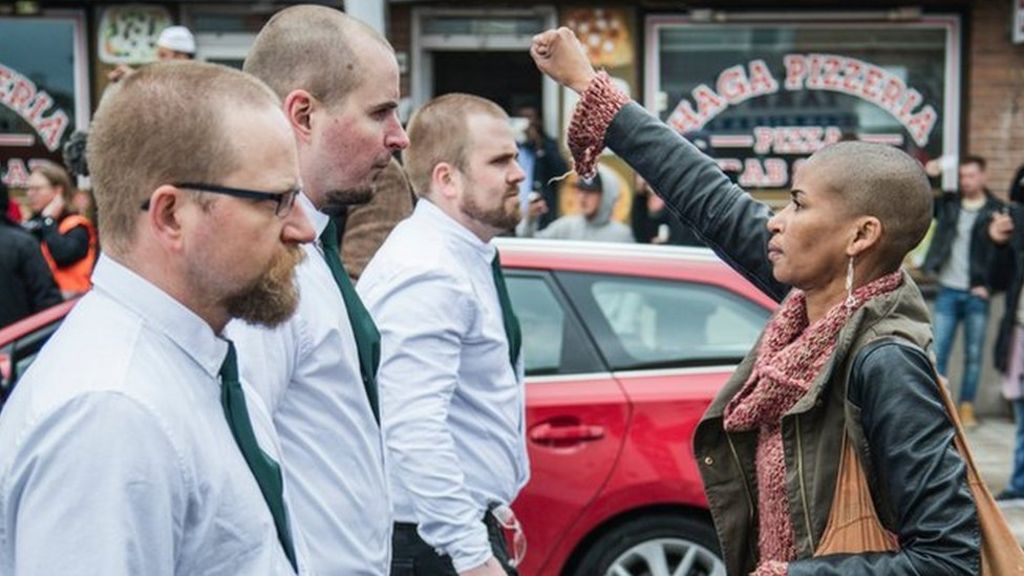 All it takes is one brave soul to stand up against hate. 42 year old Tess Asplund was not about to stand idly by while 300 neo nazis paraded in the streets of her home in Borlänge, Sweden.  Asplund stands just 5’2” and weighs about 110 pounds, but that didn’t keep her from standing in front of them, her fist raised in defiance, a gesture she had seen Nelson Mandela use.

“I felt when they arrived that they shouldn’t be here and spread their hate,” Asplund said. “I don’t think I was even thinking. I just jumped out. Things happened quite quickly. Then a police officer pulled me away.”

Asplund received widespread acclaim for her gesture, including a tweet from J.K. Rowling “Tess Asplund, you are magnificent.”

The Swedish Nordic Resistance Movement is a white supremacist group with a strict hierarchy and military influences. Several of its members have been convicted of violent crimes including manslaughter, assault and attempted murder.