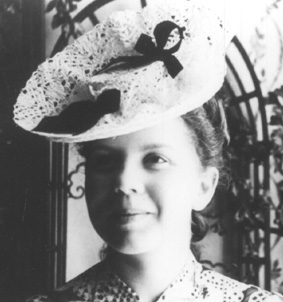 Rousseau spoke 5 languages, and at the age of 20 began working at the French national chamber of commerce as a German translator. She met regularly with the German military commander’s staff, and gained valuable intelligence in those meetings, but had no way to pass it on to the Allies.

In 1941, Rousseau was recruited into the British spy ring in Paris known as the “Druids.” Her code name was “Amniarix.” She befriended German officers for whom she worked as a translator. Hearing them talk about a new, secret weapon that was faster than any airplane, she teased them into giving more information, insisting that “What you are telling me can’t be true!” So, to prove their point, they showed her the plans…for the V-2 Rocket! The plans included the location of the V-2 base in Peenemünde. Rousseau had a photographic memory, and was able to pass along the information to London. In the words of CIA director, James Woolsey, her intelligence saved …”thousands of lives in the West.”

Shortly afterward, the British attempted to evacuate her from France, but she was captured and spent the last year of the war in nazi concentration camps, enduring terrible hardships and torture, even contracting tuberculosis. She recovered, and lived to be 98. Interviewed in 1998, she was asked why she did what was right when so many feared to do so, she responded:

“It wasn’t a choice. It was what you did. At the time, we all thought we would die. I don’t understand the question. How could I not do it?”

Further reading:
From in interview in The Washington Post