He Gave His Life To Preserve Vital Secrets 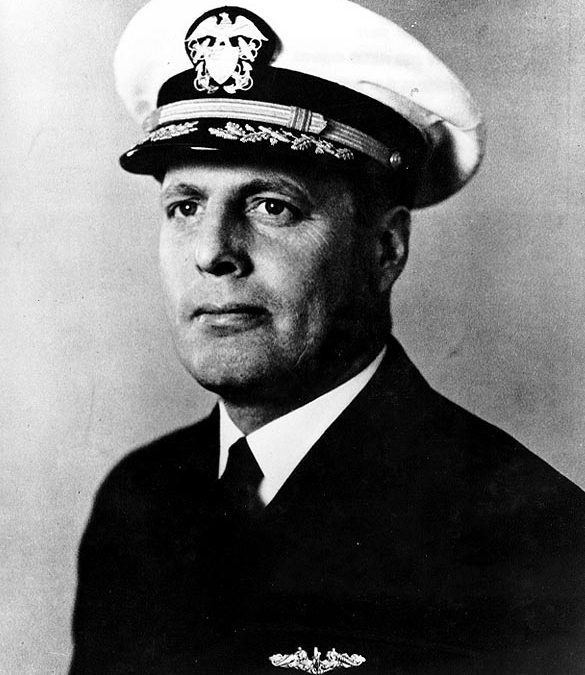 John Cromwell was a submarine division commander in the Pacific Theater in 1942-1943. As captain of the submarine Sculpin, out of Pearl Harbor, Cromwell had already enjoyed a distinguished career, having graduated from the Naval Academy in 1924.  He was assigned his first command in 1936, and soon after was appointed commander of submarine division 4. By 1941 he was engineer officer for the Pacific Fleet.

Because of his rank and experience, Captain Cromwell was privy to highly-classified information, including ULTRA, which was a top-secret decryption project that intercepted Japanese communications, as well as plans to capture the Gilbert Islands from the Japanese.

By mid 1943, the Navy had begun operating submarine “wolf packs” in the Pacific, imitating German tactics, and was harassing Japanese convoys. On November 29, 1943, the Sculpin was ordered to activate the wolf pack. But the Sculpin never responded to the order.  It was not until the end of the war that the fate of the sub was learned.

On the night of November 18, the Sculpin made contact with a Japanese convoy.  Hoping to destroy a high-value target, the Sculpin approached, but was spotted by the Japanese destroyer Yamagumo, which was positioned to anticipate such an attack.  After a 7 hour cat and mouse game with the Yamagumo, the Sculpin was disabled, and surviving crewmen swam toward the Yamagumo, all except for Captain Cromwell.  Cromwell was familiar with Japanese interrogation tactics, and knew that his information could not be allowed to fall into enemy hands. Rather than be captured, he chose to go down with the sub.   Upon being freed from a Japanese POW camp, one of the survivors, Lieutenant George Brown, recalled his last sight of Captain Cromwell, seated on a 20mm shell container, holding a photo of his wife and children.

Captain Cromwell was posthumously awarded the Medal of Honor, presented to his son, Jack, in May of 1946.

Why Captain John Cromwell Chose To Go Down With the Ship in HistoryNet
John P. Cromwell in Wikipedia