No Legs? No Problem! 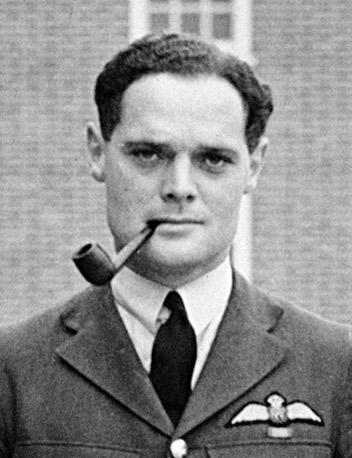 Flying ace Captain Douglas Bader had a reputation for daredevil stunts. Commissioned as a pilot officer in 1930, Bader performed dangerous aerobatics in air shows and, much to his superior officers’ disapproval, as an RAF pilot.  But his luck ran out in 1931, when, practicing stunts for an upcoming air show, he crashed and nearly lost his life. He lived, but lost both his legs as a result of the crash.  With much effort at recovery, and with a pair of artificial legs, he was able to fly again in 1932, but the RAF invalidated him for flight.  But world events would change all that. 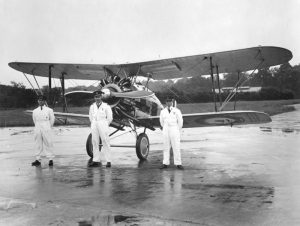 Bader (left) during training for the 1932 Hendon airshow, with a Gloster Gamecock

By mid-1940, Britain was concerned about public morale. Germany had swept through France, preparing to invade. The Luftwaffe was gaining air superiority, and the Air Ministry believed that uplifting stories of courage could inspire optimism and the will of the British people to fight.  They found their hero in Douglas Bader, and commenced a public relations campaign that would turn him into a popular figure. The RAF posted him to Squadron 19, after training him to fly the modern aircraft, and by May of that year Bader was flying the Spitfire. Bader had a unique ability to pull high g-forces in combat turns because, having no legs, there was no place for the blood to drain away from his brain, thus remaining conscious longer.

Bader flew numerous sorties against the German Luftwaffe, beginning in June, after the battle of Dunkirk. By the end of June, Bader was made commander of the 242nd Squadron, which had taken heavy losses in the Battle of France, and was suffering low morale. Bader soon won the acceptance of the pilots in his squadron, and rebuilt it as an effective fighting unit. He flew numerous missions during the Battle of Britain, flying three Hawker Hurricanes.  By August 1941, he was credited with 22 aerial victories, four shared victories, six probables, one shared probable and 11 enemy aircraft damaged. Then, he was shot down and captured.

The Germans treated Bader with great respect, and he was befriended by Luftwaffe General Adolf Galland, who successfully petitioned Hermann Göring to give safe passage to an RAF bomber to drop by parachute a replacement for the prosthetic leg Bader had lost when he was shot down.

Bader’s postwar activities included public appearances, an executive position in Royal Dutch Shell, and technical advisor to the film The Battle of Britain. He was also the subject of a biographical film, Reach For The Sky.  Bader was not shy about sharing his attitudes, particularly his political beliefs, many of which would not be popular today. But there is no denying his role in helping Britain to win the war.

Further reading:
Battle of Britain: how the British Press Found a Hero in Douglas Bader – the Amputee Fighter Ace. in The Conversation.
Douglas Bader in Wikipedia.