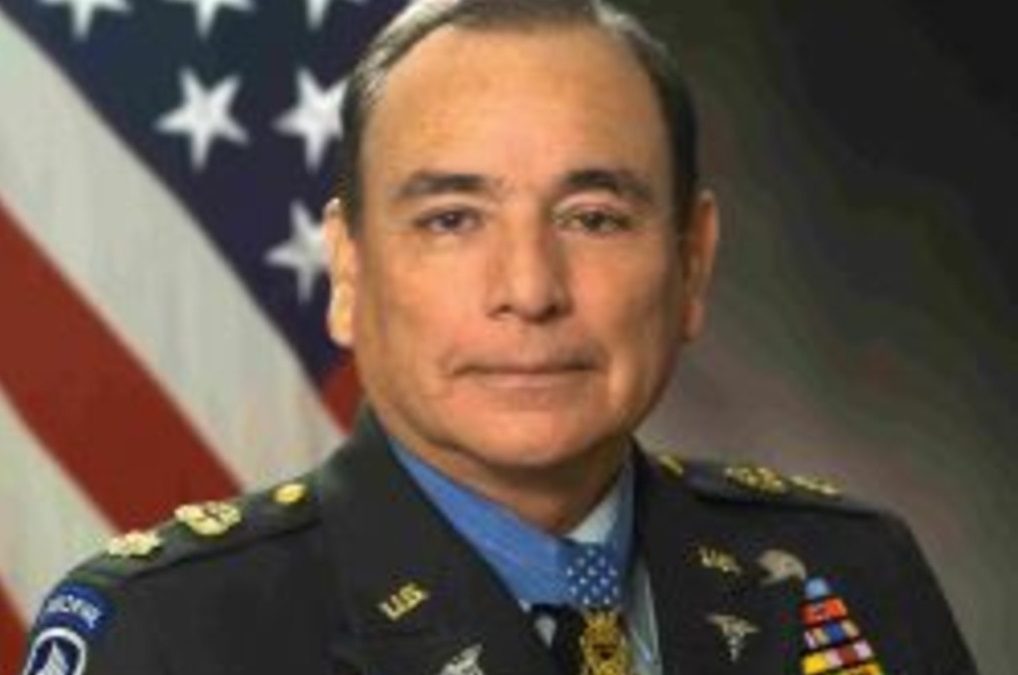 Born in Chihuahua, Mexico, Alfred Rascon emigrated with his parents to Oxnard, California when he was 2 or 3.  Oxnard is home to several military bases, including the Coast Guard Channel Islands Station and Pt. Mugu Naval Station. Service members frequenting bars in the Rascon family’s neighborhood would give him hand-me-downs, an exchange that fueled his fascination with the military. Rascon wanted to become a paratrooper, and at the age of 7, jumped from the roof wearing a homemade parachute, breaking his wrist.

Rascon enlisted in the Army when he was 17, right out of high school, and was assigned to the 173rd Airborne. But instead of paratrooper, he was assigned to be a medic.  In May of 1965, Spc. 4th Class Rascon became one of the first ground combat units to be sent to Vietnam. On the morning of March 16, 1966, Rascon’s platoon came under fire on its way through Long Khanh province. Several men were seriously wounded, and enemy fire pinned down the platoon. Nevertheless, Rascon jumped up, ignoring flying bullets and exploding grenades to grab an injured soldier. Using his own body to shield the soldier, Rascon was hit by shrapnel and took a bullet to his hip.  But he was able to pull the injured soldier to safety.

Rascon was hit in the face and torso by grenade fragments, but he pulled himself together and continued searching for injured men. He saved a point man who was being targeted by small arms and grenade fire, covering him with his own body. Rascon suffered additional injuries, but he saved the man.

The firefight abruptly ended, and Rascon, despite his injuries, helped evacuate the wounded.  When he at last allowed himself to be treated, Rascon was transferred to a field hospital, but was not expected to live. He recovered, and was discharged after months of recovery. He worked for a while as  civilian, but eventually rejoined the Army with a commission and served another tour in Vietnam. He retired as a major.

Rascon was awarded the Silver Star for valor in 1966, and in 2000, after 20 years of efforts made by his fellow platoon members, he was awarded the Medal of Honor. Speaking about his medal, Rascon said, “You put this around your neck, and for the rest of your life, this is what you have to carry. But you have to carry it for yourself and others, and you represent what America is about. It’s a humbling experience, and it’s something that I don’t take lightly.”

Photo courtesy of the US Army archives.