He Always Put His Soldiers First 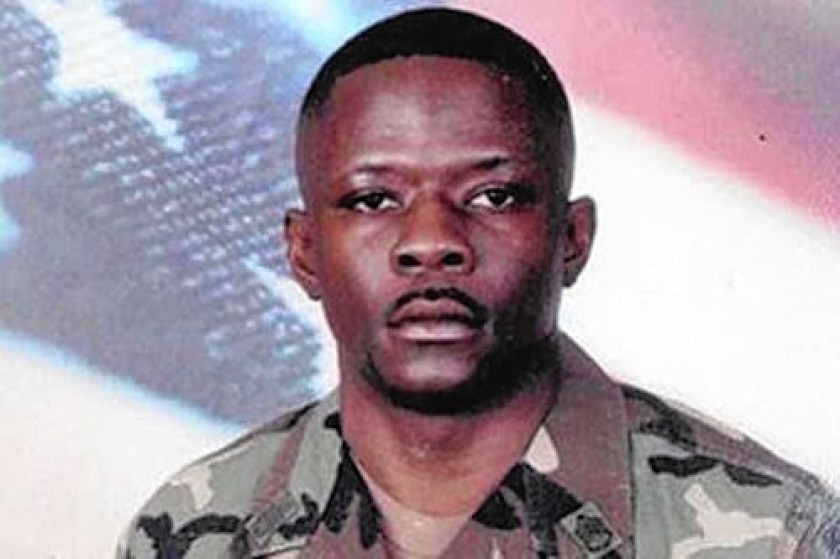 In October, 2005, An IED burst beneath the Bradley Vehicle manned by Sgt. 1st Class Alwyn C. Cashe and eight other soldiers, igniting  fuel and engulfing the vehicle in flames. Cashe was able to escape unharmed, but soaked in fuel.  Seeing that the others were still in the vehicle, struggling to escape, Cashe ignored enemy gunfire and began pulling men from the vehicle. Cashe first rescued the driver, who was engulfed in flames, and extinguished his burning uniform. He returned to the vehicle and began pulling the remaining men from the flames, even as his own fuel-soaked uniform caught fire. By the third time he reentered the vehicle, his entire uniform was ablaze. Despite suffering 2nd and 3rd degree burns over 70% of his body, Cashe refused medical evacuation until the others were treated. Six men survived as a direct result of his actions.

Sgt. Gary Mills was one of the men trapped in the burning vehicle. He was on fire, and his hands were so badly burned he could not open the door to free himself and his fellow soldiers trapped inside. He recalls the door opening from the outside, and a powerful hand reaching in and yanking him to freedom. “Sgt. Cashe saved my life,” Mills said. “With all the ammo inside that vehicle, and all those flames, we’d have all been dead in another minute or two.”

Cashe was evacuated to the U.S. for treatment. When he regained consciousness, his first words to his sister, who was at his bedside, were “How are my boys?” Then he began weeping, she said. He told her: “I couldn’t get to them fast enough.” Cashe, 35, died of his burns three weeks after the bomb attack.

Cashe was posthumously awarded the Silver Star. An effort is underway to upgrade to the Medal of Honor. Visit the Facebook group dedicated to Alwyn Cashe’s honor.