You Made My Life 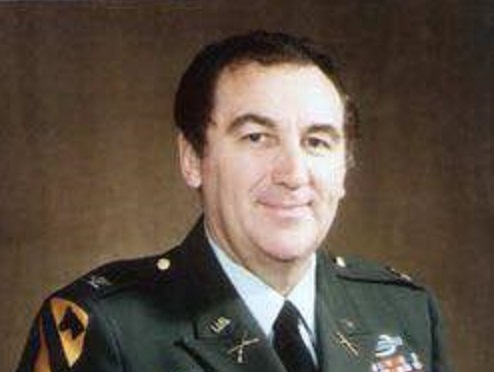 “Stop crying. I have to get these people out safely. If something should happen to me, I want you to know I’ve never been happier. You made my life.”

These were the words of Rick Rescorla to his wife, spoken over the phone on 9/11/2001.  Mr. Rescorla was the Director of Security for Morgan Stanley, located in the South Tower of the World Trade Center. On that fateful day, he was responsible for saving the lives of over 2,500 people, forfeiting his own in the process.

Born a British citizen in Cornwall, Rescorla enlisted in the British Army at age 17, training as a paratrooper with The Parachute Regiment and then serving with an intelligence unit in Cyprus from 1957 to 1960. He then joined the Northern Rhodesia Police as an inspector and served for three years. During that time, he met American soldier Daniel J. Hill, who inspired him to later join the U.S. Army and fight in Vietnam. He moved to New York and lived in a hostel in Brooklyn until he was able to enlist in the U.S. Army. He became a platoon leader in the First Cavalry, and served in Vietnam, under the command of Lieutenant Colonel Hal Moore. The two participated in the Battle of la Drang, which Moore would later describe in a 1992 book he co-authored We Were Soldiers Once… And Young.  Rescorla is the soldier pictured on the book jacket. Moore described Rescorla as “the best platoon leader I ever saw”. Rescorla’s men nicknamed him “Hard Core” for his bravery in battle.  His men loved and respected him; he would sing Cornish folk songs to his men to calm them down–something he was also to do on 9/11.

After his service, Rescorla returned to the U.S. and enrolled at the University of Oklahoma, receiving his BA and MA. He eventually received a law degree from the Oklahoma City University School of Law, and moved to South Carolina, where he taught criminal justice at the University of South Carolina for three years. He left teaching for a job in corporate security, joining Dean Witter at their office in the World Trade Center.

After the Pan Am bombing at Lockerbie, Rescorla was concerned about the possibility of a terrorist attack on the World Trade Center. His American friend from Rhodesia, Daniel Hill, was trained in counter terrorism, so Rescorla asked him to help with an assessment of the buildings’ security. Hill quickly found a weak point: a load-bearing column in the basement garage. Rescorla recommended increased security for the garage, but the Port Authority ignored them, probably because of the expense. Following the 1993 WTC bombing, Rescorla hired Hill as a security consultant. Although no arrests had been made in the bombing, they both suspected Muslim terrorists. Hill let his beard grow out, and attended several New York mosques, eventually concluding that the attack was planned by a radical imam in New York or New Jersey.  Followers of Sheikh Omar Abdel Rahman, a radical Muslim cleric based in Brooklyn, were subsequently convicted of the bombing. Rescorla’s increased credibility after the bombing led Morgan Stanley to practice increased security, including monthly evacuation drills. Those practice drills were to pay off on 9/11.

At 8:46 AM on September 11, 2001, the first plane crashed into the North Tower. Rescorla heard the explosion and saw the tower burning. Ignoring the Port Authority announcement over the P.A., directing employees to stay at their desks, Rescorda began evacuating people, directing them to the stairwell from the 44th floor, continuing to calm them when the building lurched violently from the second plane. He sang the same Cornish songs he had to his men in Vietnam. After evacuating most of the 2687 employees, Rescorda returned to make sure everyone was out. He was last seen in the 10th floor stairwell, heading up. The tower collapsed at 9:59 AM. Rescorla’s remains were never found.

Heart of a Soldier by James B. Stewart. A 2002 biography of Rescorla.
Rick Rescorla in Wikipedia
The Man Who Predicted 9/11