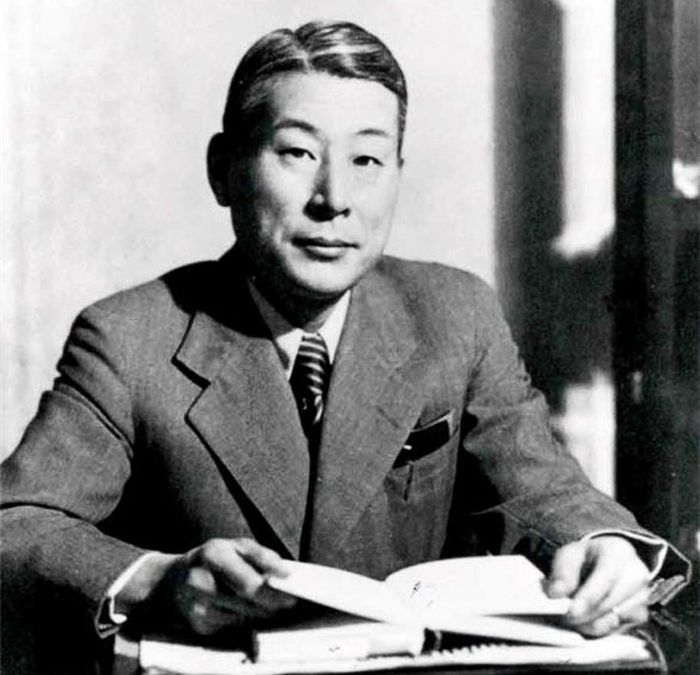 Chiune Sugihara was vice-consul for the Japanese Empire in Kaunas, Lithuania. In 1939, his duties included passing information to Tokyo about German and Soviet troop movements in the Baltics. Upon the occupation of Lithuania by Soviet forces in 1940, he began issuing visas for members of the Polish underground, who were in danger of arrest by the Soviet secret police. But by mid 1940, Sugihara was faced with hundreds of Jewish refugees seeking visas for Japan, in order to legally travel across Siberia and escape imprisonment in Europe. Three times he requested instructions from Tokyo, and each time he was instructed not to issue visas to anyone without additional visas to exit Japan. None of the applicants had the necessary visas, and Sugihara realized that they were in great danger. People were desperate.  “We had thousands of people hanging around the windows of our residence,” he said in a 1977 interview. And so, Sugihara defied his government, and began issuing handwritten visas.

Sugihara wrote visas day and night…more in one day than he ordinarily would issue in a month. His wife massaged his hands at night, which were aching from constantly writing. Tokyo finally closed the consulate in September of 1940, and Sugihara, departing on a train from Kaunas, Lithuania, continued to write visas, tossing them to refugees through his window.  In all, he is estimated to have issued more than 6,000 visas.

Shortly before Sugihara died in 1986, the Holocaust Martyrs’ and Heroes’ Remembrance Authority in Israel declared Sugihara “Righteous Among the Nations”. When asked about his reasons for doing what he did, he replied, “You want to know about my motivation, don’t you? Well. It is the kind of sentiment anyone would have when he actually sees refugees face to face, begging with tears in their eyes. He just cannot help but sympathize with them. Among the refugees were the elderly and women. They were so desperate that they went so far as to kiss my shoes. Yes, I actually witnessed such scenes with my own eyes. Also, I felt at that time, that the Japanese government did not have any uniform opinion in Tokyo. Some Japanese military leaders were just scared because of the pressure from the Nazis; while other officials in the Home Ministry were simply ambivalent. People in Tokyo were not united. I felt it silly to deal with them. So, I made up my mind not to wait for their reply. I knew that somebody would surely complain about me in the future. But, I myself thought this would be the right thing to do. There is nothing wrong in saving many people’s lives… The spirit of humanity, philanthropy… neighborly friendship… with this spirit, I ventured to do what I did, confronting this most difficult situation – and because of this reason, I went ahead with redoubled courage.”