His Story Will Always Be Part Of Us 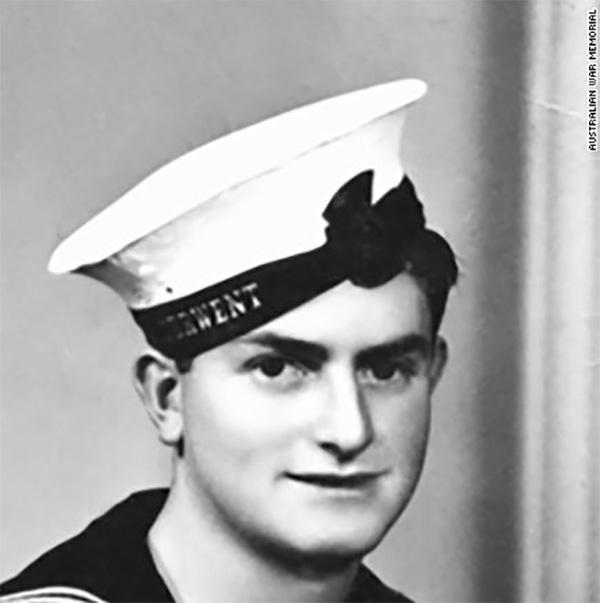 As Australia celebrates the 75th anniversary of Victory in the Pacific we remember Ordinary Seaman Edward “Teddy” Sheean, who was 18 years old when his ship, HMAS Armidale, came under Japanese attack in December, 1942.
The Armidale was on a mission to Japanese-occupied Timor to evacuate Portuguese civilians, withdraw exhausted Australian and Dutch troops, and reinforce Dutch guerrillas on the island.
On the afternoon of December 1, the Armidale was attacked by 13 Japanese aircraft. She was hit by two torpedoes and a bomb, and began to sink. The order was given to abandon ship, and 143 sailors lept into the sea. Sheean helped to free a life-raft, but seeing that the Japanese were machine-gunning the survivors who were helpless in the sea, Sheean, himself wounded in the chest and leg, ignored the order to abandon ship and returned to his station at the the aft Oerlikon 20 mm cannon, strapped himself in, and began shooting at the fighters in an effort to protect some of the sailors. As the Armidale was sinking, Sheean kept the aircraft at bay, managing to shoot down one and damage a second. As the ship slipped beneath the waves, Sheean continued to fire. His crewmates later testified to witnessing tracers rising from beneath the water’s surface as Sheean was dragged under. Many of them attributed their lives to Sheean’s bravery.
There are many memorials to Sheean in Australia, including a painting of Sheean in the Australian War Memorial. In 1999 the Australian Navy even named a submarine in his honor, the only ship in the R.A.N. to bear the name of an ordinary seaman. But it took 75 years, and much political wrangling, to award Sheean the Victoria Cross. On August 12, 2020, Queen Elizabeth approved the award, making Sheean the 101st recipient.
Prime Minister Scott Morrison noted that a substantial injustice had been corrected. “The decision formalizes what we already know: that Teddy Sheean is an Australian hero. 78 years might have passed since he died but his story will always be part of us,” he wrote.