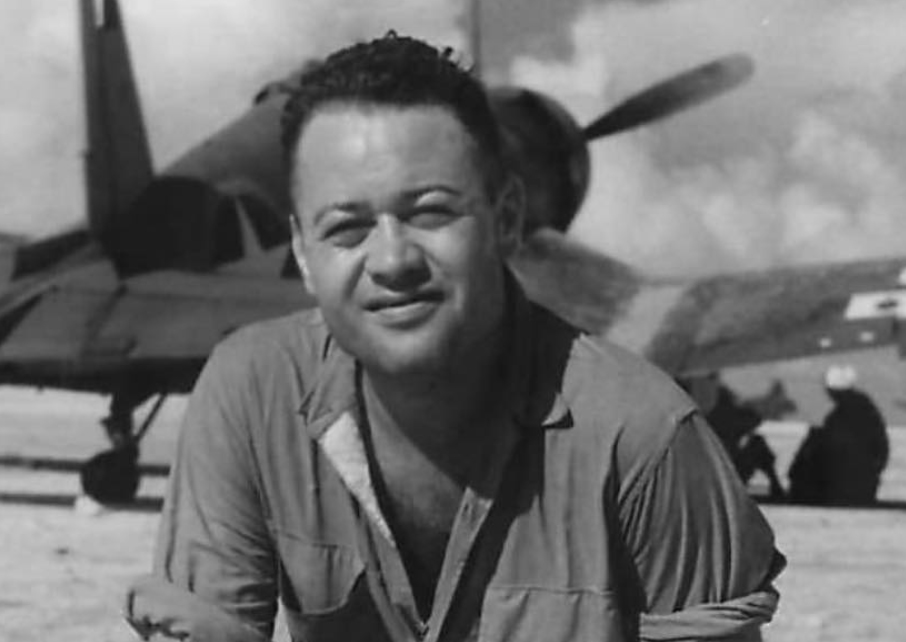 Colonel Gregory “Pappy” Boyington was an American World War II flying ace who shot down 28 enemy Japanese planes, organized the legendary Black Sheep Squadron in the South Pacific in 1943, and was awarded the U.S. Medal of Honor and Navy Cross.

Boyington, a 1934 graduate of the University of Washington, enlisted in the U.S. Marine Corps in 1936 and became a pilot. He resigned from the Marines to join General Claire L. Chennault’s American Volunteer Group, the Flying Tigers, in China. After the Japanese attack on Pearl Harbor, he rejoined the Marines in 1942 and organized Squadron 214, called the Black Sheep Squadron, one of the most renowned fighting units of the war, operating mostly in the Solomon Islands. On his last mission, on January 3, 1944, he shot down three Japanese aircraft but was himself shot down in Rabaul harbour, New Britain, and was picked up by a Japanese submarine and transported to a prison camp in Japan. Though his fate was unknown, the U.S. government awarded Major Boyington the Medal of Honor in 1944. He was released from prison in 1945 and retired with the rank of colonel in 1947. His memoirs, Baa Baa Black Sheep, were published in 1958.

Boyington is pictured here in front of his Corsair F4U fighter.