Honored By The Americans And Soviets 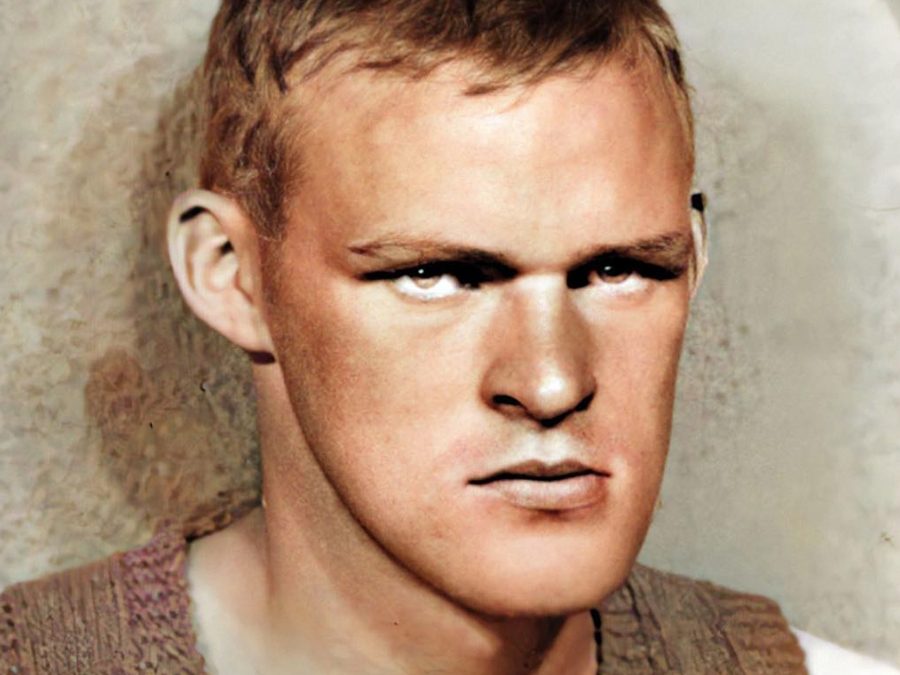 Sgt Joseph Beyrle was a US paratrooper with the 101st Airborne Division during WWII. Prior to the Normandy invasion, Beyrle jumped twice into occupied France to coordinate and provide arms to the French Resistance. He then jumped into France on DDay, destroyed an enemy gun emplacement, was captured, escaped and captured again.

This photo was taken of Beyrle as a German POW after his second escape attempt. After being beaten, his uniform and dog tags were taken and given to a German soldier who attempted to infiltrate US lines. The man was killed in Beyrle’s uniform. Believing that he was killed in combat, the US War Department notified Beyrle’s parents of his presumed death.

Beyrle would be held in seven different POW camps and would finally succeed in escaping, finding his way to a Soviet armored brigade. He served with the armored unit, which was commanded by a female Soviet officer, acted as a scout for the Russians and would be wounded in action. While in a Soviet hospital, he would meet Marshall Zhukov who provided him safe passage to the US embassy in Moscow. Believing him dead, Beyrle was kept under guard by the US War Department until his identity could be confirmed by dental records. He served more combat time with the Soviets than the Americans and received both US and Soviet decorations for valor.

Beyrle returned home and married his sweetheart, the ceremony presided over by the same priest who conducted his funeral service two years earlier!

This photo is colorized and enhanced from the original black and white. Credit- Mike Conca, WWII & Military History