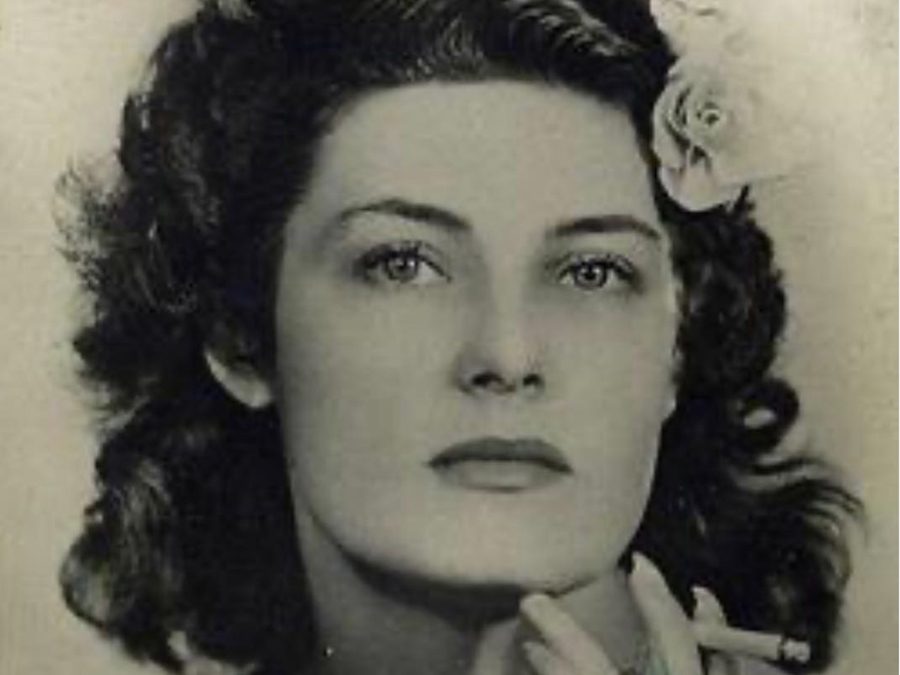 In the early 1940s, Katalin Karady became one of the most celebrated singers and movie stars in Hungary. With her sultry looks, unusual voice and femme fatale persona, she became a noted diva and sex symbol of her age, a ‘Hungarian Marlene Dietrich.’ With the outbreak of WWII, due to her well known anti-German stance, Karady was gradually blacklisted; her songs were blocked from Hungarian Radio and her films were no longer played in the cinema.

In 1944, during the Nazi occupation of Hungary, she bribed local officials with her own jewelry to prevent the execution of Jewish children along the river Danube. She was later arrested by the Gestapo on charges that she was a spy for the Allies, severely beaten and held in prison for three months.

The end of the war brought no relief for Karady, as there was no place for her under the new Communist rule. Her films and theatre appearances were banned and she was once again arrested, this time by the Soviets, under suspicion that she was a Nazi sympathizer. After again being beaten in prison, she managed to escape the Communist regime in 1951.

She immigrated to Austria, then Switzerland, Belgium and finally to Sao Paulo, Brazil. After living in South America for fifteen years, she chose to start a new life in New York. She died there in 1990 and her body was transferred back to Hungary, which had been liberated from Communist rule a year before.

In 2004, the Yad Vashem Institute in Jerusalem recognized Karady as ‘Righteous Among the Nations’ for her heroic rescue efforts during WWII.