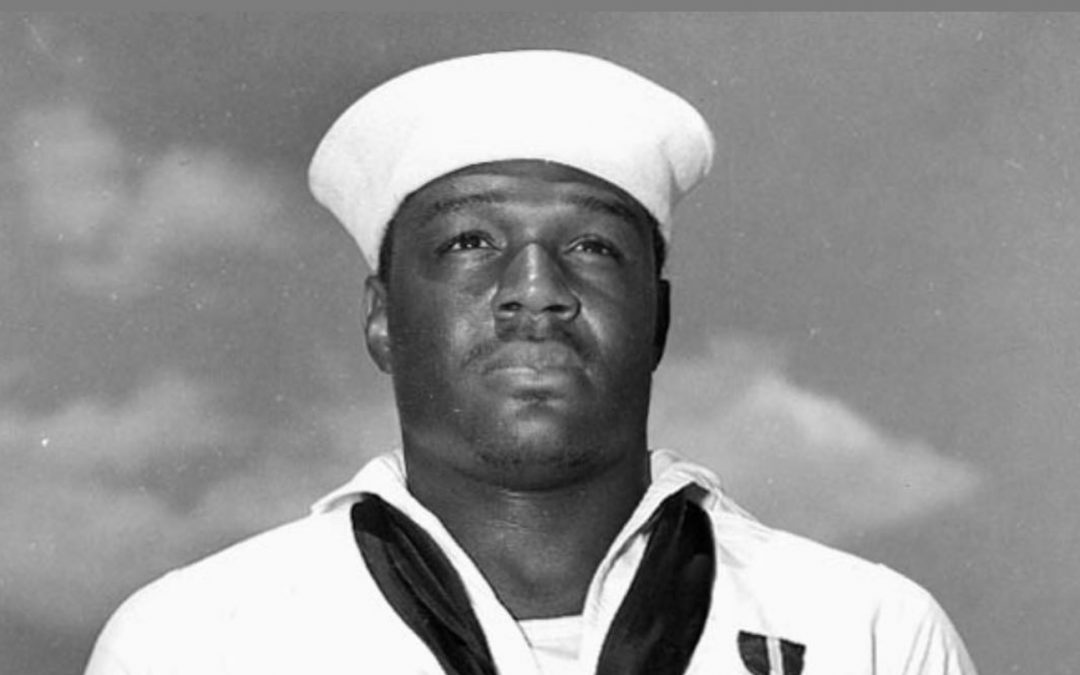 At 7:57 AM on the morning of December 7, 1941, Mess Attendant Second Class Doris Miller was collecting laundry aboard the USS West Virginia when the first of nine torpedoes struck the battleship, signaling the beginning of the surprise Japanese attack on the US Naval fleet at Pearl Harbor, Hawaii. At the call to “battle stations”, Miller assisted in moving the severely wounded captain of the West Virginia, Mervyn Bennion, to a less exposed position on the bridge. After aiding the stricken captain, Miller was instructed under fire how to load and operate a Browning .50 caliber anti-aircraft machine gun. It was Miller’s first experience in firing the weapon as black sailors at the time were not given gunnery training.

Miller fired on the incoming Japanese aircraft and is credited with downing two to five planes. After running out of ammunition, he then helped move the skipper, who would die shortly thereafter, and other injured sailors out of the thick smoke and fire to a safer location, unquestionably saving a number of lives. Heavily damaged, the USS West Virginia sank to the bottom of the harbor as her surviving crew, including Miller, abandoned ship.

On November 20, 1943, while serving aboard the escort carrier Liscome Bay, Miller and 671 of his fellow crewmen were killed in action when the ship sank after being struck by a Japanese submarine torpedo during the Battle of Makin. For his actions on December 7th, Miller was awarded the Navy Cross, the second highest decoration for combat valor awarded by the Navy, after the Medal of Honor.