From Boredom To Sheer Terror 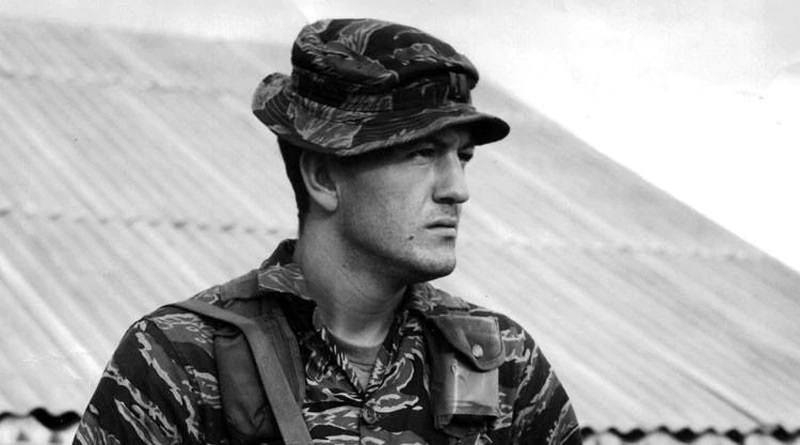 On a lonely hilltop in Vietnam, near the Cambodian border, Firebase Kate was quiet in October 1969. 27 artillery men and 156 Montagnard militia troops who supported them saw little sign of an enemy. Security was lax. The soldiers even set up a volleyball net between the gun pits. At times, 18 or more officers and enlisted would wedge into the FDC hooch for a poker game under electric lights. These were artillery, not infantry soldiers. They thought they were pretty safe.

“We didn’t do anything but party,” said one ammunition handler. “We didn’t send out any patrols…”

“We went days without firing our guns,” said another. “There was a lot of boredom. Day to day to day, we wondered what the hell we were doing there.”

This was the scene that greeted 21 year old William Albracht, a newly-minted Green Beret captain who had never commanded troops in the field or even heard a shot fired in combat . Captain Albracht was not happy about being assigned to the base, where he thought he would be sitting on his ass, doing nothing. Looking down at the base aboard a Huey, he wondered why it was situated where it was. Seeing that there was a higher ridge within range of even small arms fire, he realized its vulnerability.

His tour of the base did little to reassure him. His sleeping quarters consisted of a single row of sandbags with plastic sheeting–hardly enough to stop a bullet, let alone an artillery barrage. At his direction, the volleyball and card games came to an end.

“From here on out, we must prepare to be attacked,” he told the men.

On the morning of October 29th, the attack began. The NVA outnumbered them 40-1. They attacked with small arms fire, rockets, mortars and artillery. Albracht sustained a shrapnel wound, but refused to board the medevac helicopter in order to continue leading his men. Supplies and ammo dwindled rapidly. By November 1, Albrecht realized they could no longer hold the base. He, along with over 150 men, had to move through a jungle crawling with as many as 5,000 enemy soldiers. He called in cover fire from helicopter gunships, eventually finding by moonlight the possible rendezvous point. The successful evacuation of the firebase and night march through enemy lines was a feat never duplicated during the Vietnam war.

Captain Albrecht continued to serve in Vietnam, eventually earning 3 Silver Stars, 3 Purple Hearts and 5 Bronze Stars. Upon retiring from the military he went on to serve as a Secret Service agent under 5 presidents. His story is documented in the film Escape from Firebase Kate. He, along with Captain Marvin J. Wolf, wrote the book Abandoned in Hell: The Fight for Vietnam’s Firebase Kate.