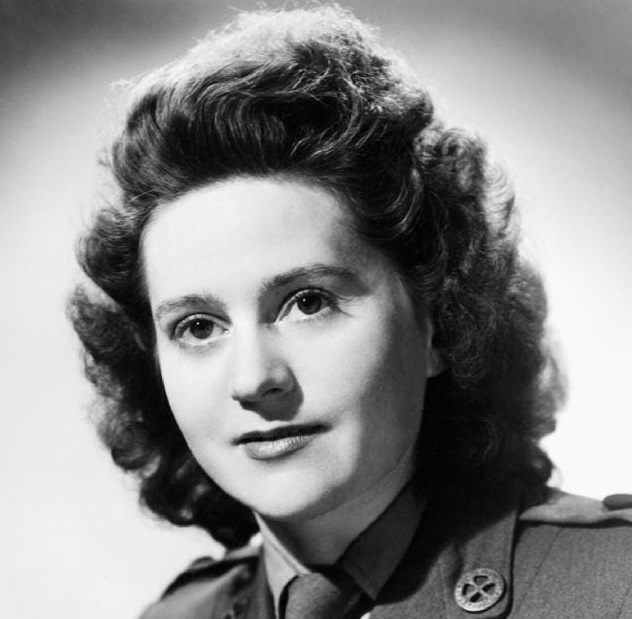 One of 39 female agents in the SOE, Odette Sansom, code named Lise, was no stranger to pain. Serious childhood illness that resulted in blindness for three years and months of being bedridden with polio prepared her for the torture she would receive at the hands of the Nazis years later.
Born in 1912 in Amiens, France, Sansom was the daughter of Florentin Désiré Eugène ‘Gaston’ Brailly, a hero who had died at Verdun shortly before the end of WWI. Brailly was posthumously awarded the Croix de Guerre and Médaille militaire for heroism. Sansom met an Englishman, Roy Patrick Sansom in Boulogne, and they were married in 1931. They moved to Britain and had three daughters. At the outbreak of WWII, Mr. Sansom joined the Army, and Odette moved with the children to Somerset to avoid the Blitz. Soon after, she made a small mistake that had great consequence.
In the spring of 1942, the British Admiralty appealed to the public for family photographs that might show the French coastline. Sansom responded by letter that she had many photographs taken near Boulogne, but she mistakenly sent the letter to the War Office instead of the Admiralty. She came to the attention of Colonel Maurice Buckmaster’s Special Operations Executive, who had her enrolled in the First Aid Nursing Yeomanry, which supplied SOE with support personnel. Sansom left her three daughters in a convent school, and was trained to be sent into Nazi-occupied France to work with the French Resistance.
Sansome was tough; during parachute training she suffered a concussion, so was unable to parachute into occupied France. Instead, she boarded a gunrunner disguised as a fishing boat to land in France’s “Free Zone” just as the nazis occupied the region. She began working for the Spindle network, commanded by SOE agent Peter Churchill (no relation to the Prime Minister). Sansome set up clandestine radio networks, coordinated parachute drops, and armed Resistance fighters in the Rhône Alps in preparation for D-Day.
What would a spy story be without romance? Sansome and Churchill fell in love and continued working together mobilizing Resistance members in southeast France until April 1943, when they were betrayed by notorious spy catcher, Hugo Bleicher. Knowing that they would probably be executed as spies, Sansom convinced their captors that her commanding officer was a relative of Winston Churchill, thinking that if she could trick the Germans into thinking they were VIPs, there would be incentive to keep them alive. She told them that Churchill was her husband, and that he knew nothing of her activities.
Nevertheless, Sansome was sent to the notorious Fresnes Prison, where she was interrogated fourteen times by the gestapo. They burned her with a red-hot poker and pulled out her toenails. She was finally condemened to death on two counts, to which she responded, “You will have to make up your mind on which count I am to be executed, because I can only die once.” Instead of being executed, she was sent to Ravensbrück concentration camp.
In Ravensbrück Sansome was subjected to further torture, including isolation in a dark, hot cell. When asked after the war how she was able to endure, she responded “I was not brave, not courageous, but just made up my mind about certain things.” She went on to note that she kept going by not thinking of what would happen in the future, but keeping alive, minute by minute.
Sansom testified in the 1946 Hamburg Ravensbrück Trials, with the result that the prison’s commandant, Fritz Suhren, was executed in 1950. Sansom’s story has been told in her biography and in the 1950 film, Odette. She was appointed a Member of the Order of the British Empire and received George Cross, Chevalier de la Légion d’honneur, France and Germany Star, Queen Elizabeth II Coronation Medal and Queen Elizabeth II Silver Jubilee Medal.