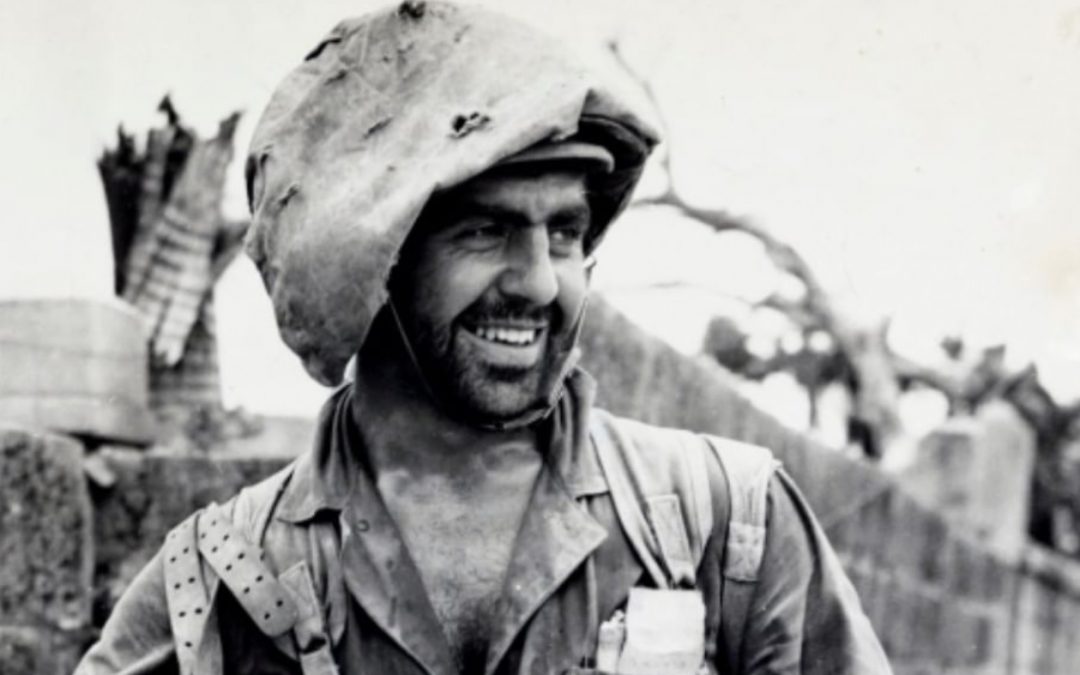 Marine PFC Harry Kizirian after twelve days of battle on the island Okinawa, where he landed during the first assault wave while leading a Marine fire team.
Having been awarded the Navy Cross, the Bronze Star with Combat “V” and the Purple Heart twice, Kizirian was one of the most decorated Marines of WWII.
On June 11, 1945, while leading his unit in an attack on Japanese soldiers entrenched along a ridge line, he noticed six Marine stretcher bearers and a wounded Marine under heavy machine gun fire. Kizirian single handedly attacked the enemy emplacement and, despite being shot in the legs and abdomen, was able to shoot and kill all twelve Japanese soldiers manning the gun. For this action, he earned the Navy Cross.
This photo of Kizirian appeared on the cover of the June 24, 1945 issue of ‘The New York Times Sunday Magazine’ and became the face of battle for thousands of Americans.
His advice to young people: “War is awful. There’s no way to describe it. Nobody wins a war. Don’t let any historian tell you differently.”