“Even when I was wounded, I didn’t lose” 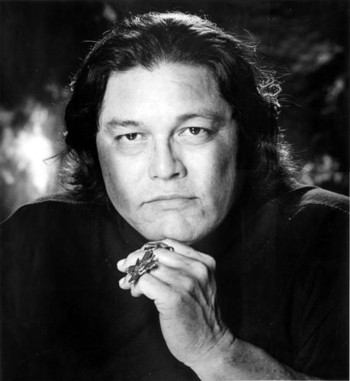 These are the words of 2nd Lt. Billy Walkabout, a Cherokee of the Blue Holly Clan.

Walkabout served as an Army Ranger in Vietnam, in the Company F, 58th Infantry, 101st Airborne Division. Walkabout (then Specialist Four) distinguished himself on 20 November 1968 during a long range reconnaissance patrol southwest of Hue.

After successfully ambushing an enemy squad on a jungle trail, Walkabout’s patrol radioed for immediate helicopter extraction. When the extraction helicopters arrived and the lead man began moving toward the pick-up zone, he was seriously wounded by hostile automatic weapons fire. Sergeant Walkabout quickly rose to his feet and delivered steady suppressive fire on the attackers while other team members pulled the wounded man back to their ranks. Sergeant Walkabout then administered first aid to the soldier in preparation for medical evacuation. As the man was being loaded onto the evacuation helicopter, enemy elements again attacked the team.

Maneuvering under heavy fire, Sergeant Walkabout positioned himself where the enemy were concentrating their assault and placed continuous rifle fire on the adversary. A command-detonated mine ripped through the friendly team, instantly killing three men and wounding all the others. Although stunned and wounded by the blast, Sergeant Walkabout rushed from man to man administering first aid, bandaging one soldier’s severe chest wound and reviving another soldier by heart massage. He then coordinated gunship and tactical air strikes on the enemy’s positions. When evacuation helicopters arrived again, he worked single-handedly under fire to board his disabled comrades. Only when the casualties had been evacuated and friendly reinforcements had arrived, did he allow himself to be extracted.

His bravery for this and other actions earned him 1 Distinguished Service Cross, 5 Silver Stars, 10 Bronze Stars (5 with V Device) and 6 Purple hearts; making him one of the most decorated Native American soldiers of the Vietnam War; retiring as a 2nd Lt.

Walkabout was only 19 when he earned the Distinguished Service Cross. He spent nearly 6 months in a coma and many more in recovery after the battle.  Remarkably, he returned to serve in Vietnam, spending almost two years in country.

Returning home from the war was extremely difficult for Walkabout. He suffered from PTSD: “My war shirt had blood all over it. I had blood on my hands. I saw people die. I saw medevac helicopters lift them out. Those guys would remain in my memory. I didn’t have time to grieve then. Firebase on the distant mountain. The jungle was full of mountain ghosts….”  he said.

Walkabout also suffered from the effects of Agent Orange.  He died in 2007 at the age of 57 due to kidney failure as a result of his exposure to the chemical.  Interviewed in 1986, he said, “I’m at peace with myself. I’ve got my dignity and I’ve got my pride. I never lost the war in Vietnam, I never lost one day of it. Even when I was wounded, I didn’t lose. When I fought, I won. I won my wars.”