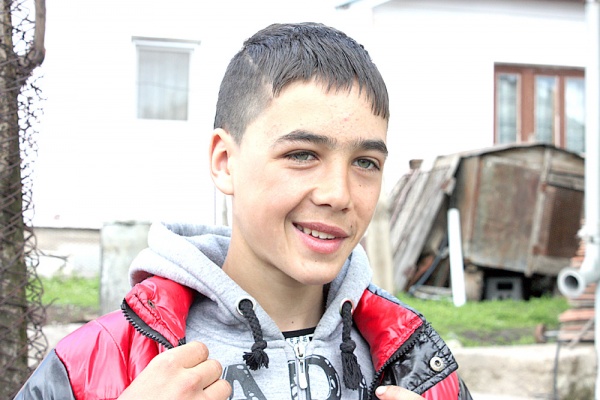 This is the story of Cristian Marian Becheanu , a Romanian teen who made a heroic rescue in 2013.  I have been unable to find any information on how he is doing now and what his circumstances might be. So I am requesting my readers to add any information they may have about this young man

From an article in the Romanian press, Cuvântul Libertăţii: (translated)

“The story of the rescue of Gabriel Ruiu, the 3-year-old child from Segarcea who fell on Saturday in a well in the yard of his family’s house, ended well. The little one arrived in the family yesterday. His older brother, Andrei, his relatives were waiting for him at home, but also the ‘saving angel’, Cristian Marian Becheanu, the 14-year-old man who entered the well after him and brought him to the surface.”

So, basically they lowered a 14 year-old-kid by his feet, into a vertical pipe barely wide enough for him to squeeze into, to rescue a 3-year-old. The little one had fallen in, and spent 11 hours, wailing in despair. His parents and the entire town are surrounding the well, with people frantically digging around the pipe, hoping to be able to reach the child, who is is 50 feet down.

Cristian, coming home from school, sees the commotion and stops to watch. There are other kids his age there, too. At some point, it is decided that the only hope of rescue is to somehow send a skinny teenager down that well to retrieve the little one. At least two others volunteer but on seeing what they will have to do, decide not to. Cristian says he is not afraid. So, they strap a headlamp to his forehead, and lower him, head first, into a well into which he barely fits. He goes in with his arms outstretched ahead of him so that he can grasp the little boy and bring him up.

It is worth watching the video at this point to see the look on his face. It’s a great challenge, and you can see that he is pretty sure he can do it. As he said, ” I was afraid at first, but then I wasn’t”.  And it is also worth watching because when the baby is rescued, the attention is on him, not on the rescuer. Almost as if this is how it should be. Someone had to do it, and this kid did.

I understand that the town vowed to give Cristian a plot of land and a house to live in  He was poor; his mother had left and he was living with his grandfather.  And apparently this was not his only act of heroism.