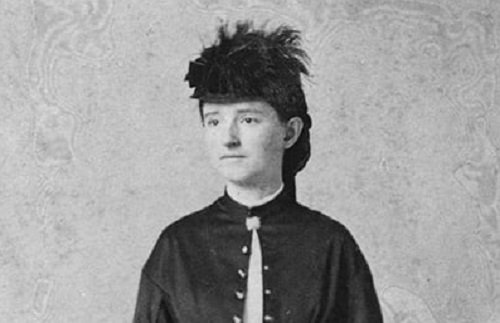 Meet Mary Edwards Walker, M.D. At the outbreak of the Civil War, she volunteered for the Union Army. The Army was not accepting women as medical officers, so she worked as a civilian volunteer. She often crossed enemy lines to help care for wounded civilians and soldiers on both sides. She was captured by Confederate forces when she crossed enemy lines to assist a Confederate doctor with a surgery, and imprisoned at Richmond as a spy. While she was imprisoned, she refused to wear women’s clothes, preferring men’s clothes because she deemed them more comfortable and hygienic. (She even wore trousers under her dress at her own wedding!)
After her release from prison she became the assistant surgeon of the Ohio 52nd Infantry. When the war ended, Walker continued to advocate for women’s’ rights, She was arrested in New Orleans in 1870 because she was dressed like a man. Walker responded by saying, “I don’t wear men’s clothes, I wear my own clothes.”
Walker ran for the Senate in 1881, but lost. She testified before the House of Representatives in support of women’s suffrage.