Angel in the Ghetto 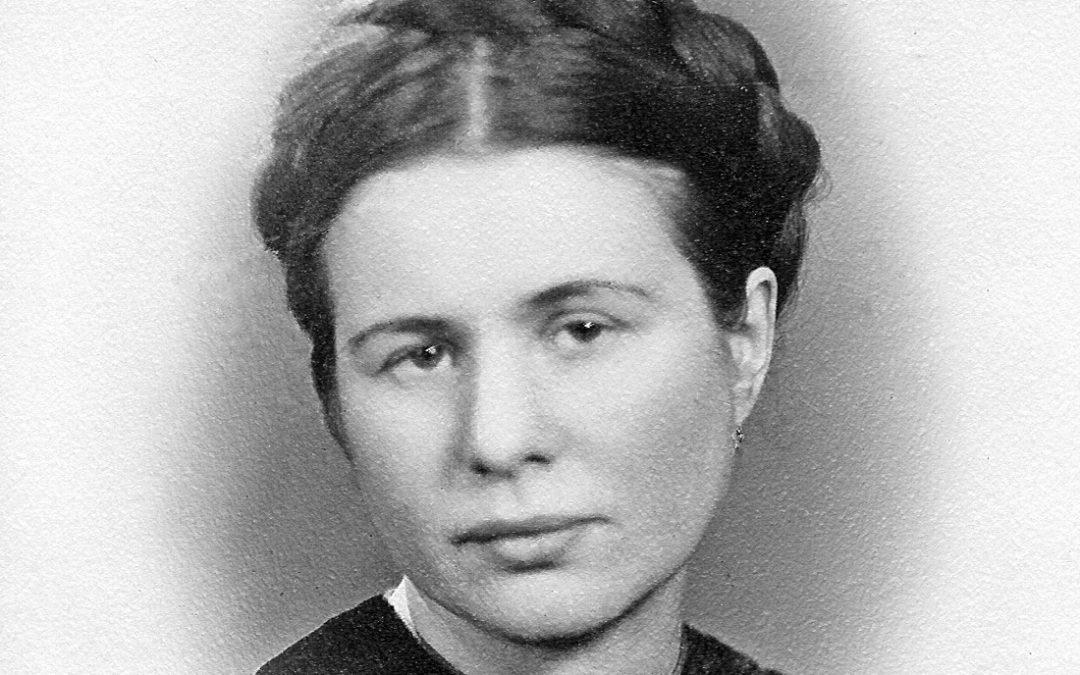 Soon after the Nazis invaded Poland on Sept. 1, 1939, they rounded up nearly half a million Polish Jews and confined them behind seven foot high walls in the Warsaw Ghetto. Jews were forbidden to leave, and any Pole who helped a Jew was, along with members of their household, condemned to death. But some did help, despite the risks. Irena Sendler was one such person.

Born in 1910, Irena was brought up Catholic, the only child of  Stanislaw Krzyzanowski, a doctor who, unlike others, treated Jews and Gentiles alike. He told Irena that “people can only be divided into good or bad; their race, religion or nationality do not matter.” As a child Irena played with Jewish children; in college she defended her Jewish colleagues from discrimination.

Before the war, Irena worked as professional social worker. When the Nazis rounded up Jews in Warsaw, she and some of her colleagues decided to help. They obtained special passes to enter the ghetto and distribute food, clothing and medicine, especially typhoid vaccines. They began smuggling Jewish babies and young children out of the ghetto, saving them from inevitable death there or in the German concentration camps. They smuggled babies in suitcases,  boxes, or wrapped as packages. They even carried them through sewers. They secured Christian identity documents for the rescued children and placed them in orphanages, convents, rectories or foster families.

In December of 1942 Irena and her colleagues began receiving help from the newly-organized Council for Aid to Jews. The organization was tantamount to ‘Schindler’s List’ multiplied a hundredfold,” according to  Zbigniew Brzezinski.  Sendler became head of the Children’s Section which cared for 2,500 of the 9,000 Jewish children smuggled from the Warsaw ghetto.  This unique organization, the only one in the German-occupied Europe, not only helped Jews in Poland but also assured that the saved children, when the war was over, would be returned to their Jewish relatives or communities. Sendler carefully noted the true names of “her” children and kept slips of papers at home.

In October 1943, eleven gestapo officers came to Sendler’s home to arrest her. She was able to pass the slips of paper to a friend before being taken away to the notorious Pawiak Prison, where for the next three months she was beaten and tortured. Her arms and legs were broken, and she was sentenced to death. But she kept silent, refusing to name her associates. She was freed by a Gestapo officer, who, bribed by the Council for Aid, checked her name on the list as having been executed.

After the war ended, her life under communist rule was little improved. She was brutally interrogated by authorities for allegedly helping members of the Polish underground. She kept quiet about her wartime activities, but the Jews did not forget. In 1965, Irena Sendler became one of the first “Righteous Gentiles” honored by the Yad Vashem Holocaust Memorial in Jerusalem for wartime heroics. Nevertheless, Sendler might have died in obscurity were it not for four girls from Kansas, who wrote a short drama, Life in a Jar. Performed in the U.S. and Europe, the play led to Sendler being rediscovered. In 2003 she received Poland’s highest civilian decoration, the Order of White Eagle, then honored by the Polish Senate.  Pope John Paul II sent her the following letter:

“Honorable and dear Madam. I have learned you were awarded the Jan Karski prize for Valor and Courage. Please accept my hearty congratulations and respect for your extraordinarily brave activities in the years of occupation, when –disregarding your own security – you were saving many children from extermination, and rendering humanitarian assistance to human beings who needed spiritual and material aid. Having been yourself afflicted with physical tortures and spiritual sufferings you did not break down, but still unsparingly served others, co-creating homes for children and adults. For those deeds of goodness for others, let the Lord God in his goodness reward you with special graces and blessing. Remaining with respect and gratitude I give the Apostolic Benediction to you.”