No one will ever know the sacrifice we made 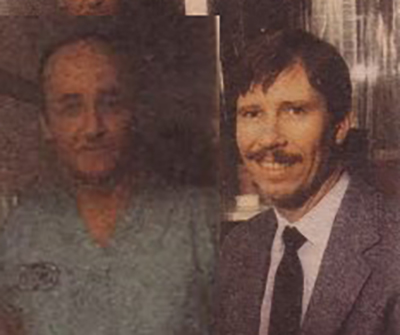 Shortly after midnight on April 26, 1986, a series of mishaps coupled with design flaws led to the the explosion of the no. 4 reactor at the Chernobyl Nuclear Power Plant, releasing radiation into the atmosphere and causing a meltdown of the reactor core. The initial explosion threw chunks of graphite, which were an essential part of the reactor, hundreds of feet in the air. The remaining graphite, now exposed to the air, began burning like a giant charcoal fire.

Firefighters and emergency personnel arrived at the scene. Many described a bright blue, laser-like beam of light shooting up into the sky from the melting reactor, as well as the sensation of thousands of pinpricks on their faces from the radiation. These early responders left the scene with their skin tanned from the radiation; many would die in the following weeks.

Beneath the melting core were two giant reservoirs of coolant water–over 5 million gallons. And the reactor core above was slowly melting through the concrete floor. If the core were to fall through into the water, the resulting explosion would destroy not only the the remains of reactor No. 4, but the other Chernobyl reactors as well, resulting in an estimated 2-3 megaton explosion that would level 200 square kilometers, destroy Kiev, contaminate the water supply used by 30 million people and render much of Europe uninhabitable for thousands of years. The water had to be drained.

Three men volunteered to enter the underground reservoirs and open the gate valves to drain the water. They were Alexei Ananenko, Boris Baranov and Valeri Bezpalov The men entered the basement in wetsuits, radioactive water up to their knees, in a corridor filled with pipes and valves…it was like finding a needle in a haystack. Yet they found that needle before the molten reactor core above them had melted its way down through the ceiling. The three men knew that they were most likely sacrificing their lives: ” No one will ever know the sacrifice we made, no statues in our name, no ticker tape parade, and we can only pray, it wasn’t all in vain.”

Yet all three did survive, and lived long lives. They and 600,000 workers who have worked to mitigate the effects of the disaster are not well known, but deserve gratitude for their selfless work.