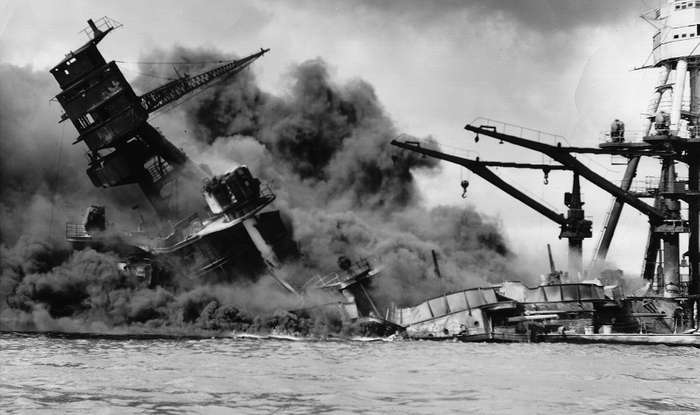 In the early morning of 7 December, 1941, 353 Japanese aircraft attacked the U.S. Pacific Fleet in Pearl Harbor. 2403 Americans were killed in the attack, and another 1178 were wounded. Although tensions between the U.S. and Japan had steadily increased over the previous years, the magnitude of attack was unexpected. Sailors had been on shore leave; preparations for an attack were insufficient.
One of the many lessons to consider from this historic event is that our service men and women, whether active duty, reserve or national guard, have signed up to protect all of us, and to be ready to fight and die. Those 2,008 Navy personnel, 109 Marines, 218 Army service members and 68 civilians who died on the morning of December 7 were not on high alert or in a combat zone. But when attacked, they responded heroically.
This is a good day to remember those service members and to honor all who serve or have ever served our country.

We use cookies to ensure that we give you the best experience on our website. If you continue to use this site we will assume that you are happy with it.OkPrivacy policy