” I did what any decent person would have done.” 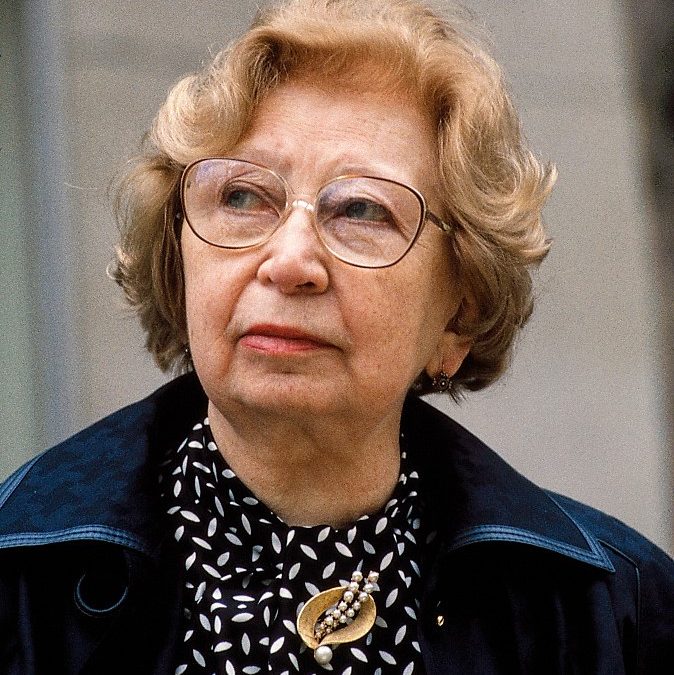 Miep Gies was well aware that hiding Jews from the nazis was punishable by prison, and likely execution. Nevertheless, she and her husband, Jan, did just that, hiding Otto Frank and his family, including his daughter Anne, in the upstairs rooms of Frank’s office in Amsterdam. For over two years Gies and her husband, as well as several of Frank’s employees, smuggled food to the Frank family and four others.
Gies was very concerned about what was happening: “Every day we saw trucks loaded with Jews headed to the railway station.”

Miep cycled around town, never buying enough in any one place to arouse suspicion. Her husband secured extra ration cards through the underground resistance. Speaking of her husband in a 1997 interview, Miep remembered him as one of Holland’s unsung war heroes. “He was a resistance man who said nothing but did a lot. During the war he refused to say anything about his work, only that he might not come back one night. People like him existed in thousands but were never heard of.”

“Permanent remorse about failing to do your human duty, in my opinion, can be worse than losing your life.” — Miep Gies

Miep was touched by Anne Frank’s intellect and her loneliness. She bought books and newspapers, and remembered everyone’s birthdays with gifts. Anne wrote about her in her diary, saying that “We are never far from her mind.”

Miep herself was no stranger to hardship. Born in Vienna in 1909, at age 13 she had to leave her family because of food shortages and live with a host family in Amsterdam. When she was 24 she took a job as an office assistant in Otto Frank’s spice business. But she was nearly deported to Austria in 1941 for refusing to join a nazi organization. Marrying her Dutch boyfriend, Jan Gies, solved that problem.

It all ended one day in August, 1944 when the German police raided the hideout. After the Franks were arrested, Miep went to the police station to offer a bribe for their release. but it was too late; they were already on their way to Westerbork, then to auschwitz.
The Gies family narrowly avoided arrest; two of their associates were not so lucky. They were sent to labor camps.

Miep lived to be 100. For the rest of her life she opposed those who would deny the holocaust or the authenticity of Anne Frank’s diary. She was a living witness to the atrocities committed by the fascists.
In 1994, Gies was awarded the Order of Merit of the Federal Republic of Germany as well as the Wallenberg Medal by the University of Michigan. The following year, Gies received the Yad Vashem Righteous Among the Nations medal. In 1997, she was knighted in the Order of Orange-Nassau by Queen Beatrix of the Netherlands. The minor planet 99949 Miepgies is named in her honor. She always maintained that while she appreciated the honors, they embarrassed her: “I am not a hero. I am not a special person. I don’t want attention. I did what any decent person would have done.”