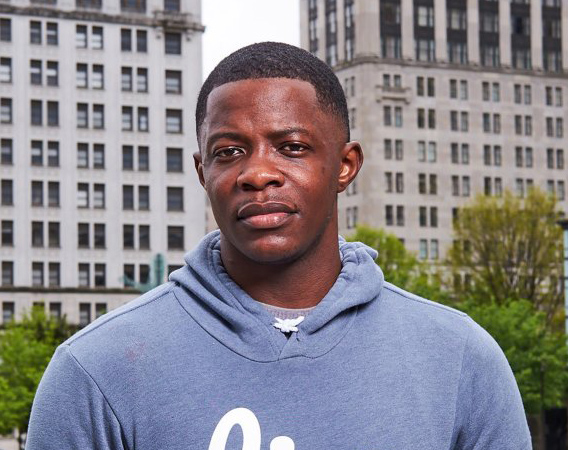 These are words spoken by most heroes!  James Shaw, of Nashville, is no exception.

Early in the morning of April 22, 2018, Shaw and a friend were about to have breakfast at a local cafe when a gunman entered the cafe.  Armed with an AR-15, the gunman began shooting cafe patrons. Shaw headed for the bathroom to escape as a bullet grazed his elbow, but he discovered no exit.  When the gunman paused to reload, Shaw saw his chance.  He lunged at the gunman and took away the weapon, burning his hand on the hot barrel.  He was able to wrestle the gun away from the gunman and throw it over the counter, out of reach.

Police praised Shaw’s actions: “He is the hero here, and no doubt he saved many lives,” Metro Nashville Police spokesperson Don Aaron said.

Describing the incident, Shaw remarked, “In the bathroom, it’s only one way in and one way out, and I was like, he’s going to have to work for this kill — for me, personally. So I just got a head full of steam, and I ran through the door. And it worked out like I wanted it to.”

Shaw emphasized that he did not consider his actions heroic: “I’ll say it again: I didn’t really fight that man to save everybody else,” Shaw said at Sunday’s news conference. “I know that might not be a popular thing, but I’m really honest. I’m going to be honest to the core: I took the gun so I could get myself out.”

Shaw’s subsequent actions have been decidedly selfless, however.  He launched a GoFundMe campaign that raised nearly a quarter of a million dollars for the families of the victims.  He also started a foundation to address gun violence. “If I don’t try to use this platform that I have in a responsible way, it’s just going to keep happening,” He said.