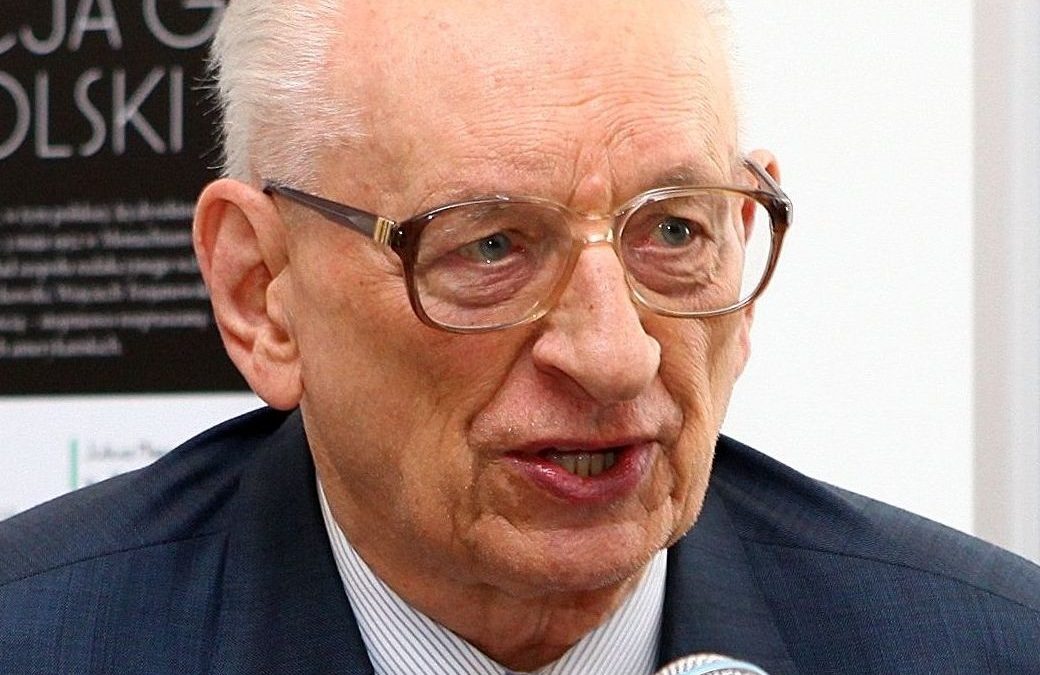 Persecuted by the nazis and communists, Władysław Bartoszewski nevertheless advocated for tolerance and decency. “Just try to be decent. Whether you were decent—that’s what will be remembered,” he said in an interview later in his life.

Bartoszewski was only 18 in 1940 when he was rounded up by the Germans in Warsaw, Poland. Disregarding his credentials as a Red Cross worker, the Germans sent him to Auschwitz, where he spent 6 months. The Red Cross eventually secured his release, and Bartoszewski returned to Warsaw where he contacted the Association of Armed Struggle, an underground resistance group. Throughout WWII Bartoszewski supported resistance movements. He became active in the Council for Aid to Jews, a group that worked to save Jews during the Holocaust and which saved tens of thousands of people from Nazi capture and assisted the Warsaw ghetto uprising. It was for this work that Israel named him Righteous Among the Nations, a honor given to non-Jews for saving Jews during the Holocaust.

After the war, when Poland came under Soviet domination, Bartoszewski joined the Polish People’s Party, which opposed communist rule. for this and other activities he was eventually arrested and spent 10 years in soviet prisons. in 1980 he joined the Solidarity trade union.

Bartoszewski’s work in the resistance movements was not as a combatant or saboteur; there is no record of him ever engaging in an armed conflict. His weapon was information. He published, lectured, exposing the repression by nazi and soviet regimes.

Bartoszewski held numerous positions in government and academia. He served as Ambassador of the Polish Republic and Minister of Foreign Affairs, and he he served as one of the deputy-chairmen at the Institute of Polish-Jewish Studies at the University of Oxford.

Bartoszewski taught people that bellicose jingoism and intolerance should not be confused with the true love of one’s country and that a society that gives way to its basest instincts is doomed to ruin. He was a staunch advocate of religious tolerance. “We need to keep our dignity and values, such as tolerance, friendship and the ability to make sacrifices across ethnic or religious boundaries,” he said. “We can dream that one day this will become the norm for our children. Because future generations of Jews, future generations of Christians and future generations of Muslims — hopefully not extremists — will have to live together on this planet whether they want it today or not.”