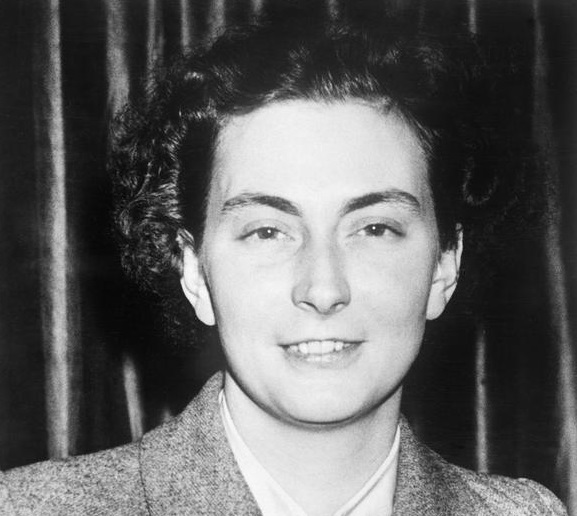 The Comet Line was an underground French and Belgian Resistance network whose purpose was to help Allied airmen who had been shot down escape capture by the Germans. Andrée de Jongh, a 24-year-old Belgian woman, was the first leader of the Comet Line, which was the largest of several escape networks in WWII Europe. The network fed, clothed and hid downed airmen and helped them return to Britain via neutral Spain.  It was a complex operation, requiring cooperation from civilians along the numerous exfiltration routes through Belgium and  France to Spain or across the channel to England.

70% of the 3,000 Comet Line civilian “helpers” were women, many of them teenagers. Of these, 700 were arrested by the Germans, and 290 were executed or died in concentration camps. Notable women members of the group included Kattalin Aguirre, a Basque widow, Virginia d’Albert-Lake, an American, Monique de Bissy, from the French Resistance, Elvire De Greef, Elsie Maréchal, and Amanda Stassart.

Having escorted 118 people to safety, Andrée de Jongh was captured by the nazis in January, 1943 and eventually imprisoned at Ravensbrück, the notorious women’s concentration camp. Although she was interrogated 19 times by the Abwehr and twice by the Gestapo, and she admitted being the leader of the Comet Line, she nevertheless escaped execution, probably because the Germans couldn’t believe that this slight young woman could be so important.

After the war, De Jongh continued her nursing studies and worked in African leper colonies in Senegal, Belgian Congo, Cameroon and Ethiopia. while working at a leper colony in Coquilhatville, she met English novelist Graham Greene. Greene asked her why she had come to the Congo and she replied, “Because from the age of fifteen I wanted to cure lepers. If I had delayed any longer it would have been too late.”

De Jongh was awarded the United States Medal of Freedom with golden palms, the British George Medal, the Belgian Croix de Guerre with palm, and was given the honorary rank of lieutenant-colonel in the Belgian Army.

More information about the Comet Line and its leaders:

Wikipedia article about the Comet Line