The Surprising Story Of Audrey Hepburn 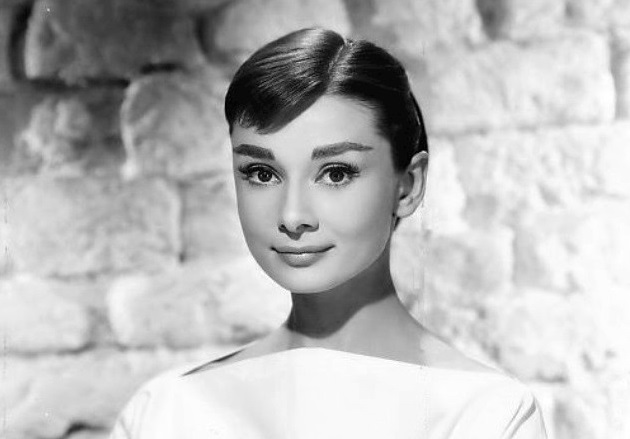 From near starvation to Breakfast At Tiffany’s,  Audrey Hepburn’s life is  a story of courage, unexpected turns of fate, and of course, great talent. Audiences who applauded her in that landmark movie were unaware that her earliest efforts included clandestine performances to benefit the Dutch Resistance in World War 2!

Born in 1929, to a Dutch baroness and a British business magnate, Hepburn led a privileged early childhood. The family traveled extensively, and she became fluent in Dutch and English, as well as some Italian, German, French and Spanish. In the mid-30’s her parents were active in the British Union of Fascists, her father abruptly left the family in 1935 to become more involved in fascist activity.

Audrey and her mother moved back to Holland when Germany declared war on Britain, hoping that the country would remain neutral as it had in World War I. But when Germany invaded Holland in 1940, the family’s fortunes changed, along with their last name. “Audrey Hepburn” was dropped in favor of the less British-sounding “Edda van Heemstra.”  Her uncle was executed on false charges that he had participated in the Dutch Resistance–part of an effort by the Germans to intimidate prominent members of Dutch society. Soon after, Hepburn and her mother and sister went to live with her grandfather in the village of Velp. This is where Hepburn, having received 6 years of ballet instruction, performed silent dance performances to raise money for the Dutch Resistance. She also delivered the underground newspaper, took messages and food to downed Allied pilots, and temporarily hid a paratrooper in their home. She watched as her Jewish countrymen were transported in train loads to concentration camps. “More than once I was at the station seeing trainloads of Jews being transported, seeing all these faces over the top of the wagon. I remember, very sharply, one little boy standing with his parents on the platform, very pale, very blond, wearing a coat that was much too big for him, and he stepped on the train. I was a child observing a child,” she said in an interview.

After D-Day, the Germans retaliated against the Dutch for their resistance efforts by blocking supply routes. Food supplies were cut off, and the family resorted to making flour out of tulip bulbs for their bread. Hepburn developed severe respiratory problems and anemia from malnutrition. Additionally, the family fortunes were lost; their mother resorted to working as a cook and housekeeper to support the family.  In 1948 Hepburn returned to London to work with Ballet Rambert and earn a living as a part-time model. She was discouraged from pursuing a career in ballet because of her weak physique as a result of malnutrition, so she turned to acting, working as a chorus girl and eventually for BBC Television. She was cast in the title role in the Broadway play, Gigi, and thus began a celebrated acting career that would span over 35 years.

Hepburn’s humanitarian efforts continued throughout her career. She narrated programs for UNICEF in the 1950’s, and was appointed Goodwill Ambassador to UNICEF in 1989. On her first field mission for UNICEF was to Ethiopia in 1988, she said “I have a broken heart. I feel desperate. I can’t stand the idea that two million people are in imminent danger of starving to death, many of them children, [and] not because there isn’t tons of food sitting in the northern port of Shoa. It can’t be distributed. Last spring, Red Cross and UNICEF workers were ordered out of the northern provinces because of two simultaneous civil wars… I went into rebel country and saw mothers and their children who had walked for ten days, even three weeks, looking for food, settling onto the desert floor into makeshift camps where they may die. Horrible. That image is too much for me. The ‘Third World’ is a term I don’t like very much, because we’re all one world. I want people to know that the largest part of humanity is suffering.”

Hepburn worked in Turkey, Venezuela, Ecuador, Honduras, El Salvador, Guatemala, Sudan, Bangladesh, Vietnam, Somalia..the list goes on. She declared the situation in Somalia apocalyptic. “I walked into a nightmare. I have seen famine in Ethiopia and Bangladesh, but I have seen nothing like this – so much worse than I could possibly have imagined. I wasn’t prepared for this.”

Hepburn passed away in 1993 from a rare cancer. She was only 63…much too young for a great spirit. President George H. W. Bush presented Hepburn with the Presidential Medal of Freedom in recognition of her work with UNICEF, and the Academy of Motion Picture Arts and Sciences posthumously awarded her the Jean Hersholt Humanitarian Award for her contribution to humanity.

In 2002, at the United Nations Special Session on Children, UNICEF honoured Hepburn’s legacy of humanitarian work by unveiling a statue, “The Spirit of Audrey”, at UNICEF’s New York headquarters. Her service for children is also recognised through the United States Fund for UNICEF’s Audrey Hepburn Society.