“The Best Of Us All” 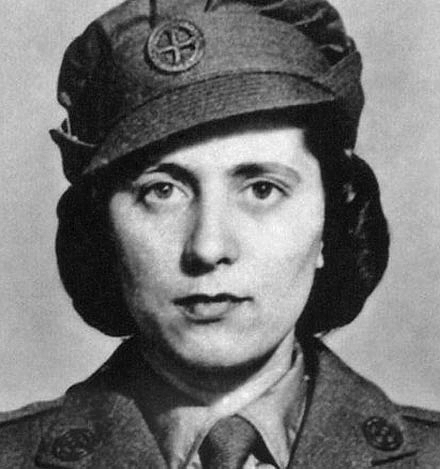 She “had a head on her shoulders and a will of iron”, according to a French Resistance group leader in 1943.  Even as a child, Andrée Raymonde Borrel was tough. She enjoyed hiking and climbing and had a passion for cycling. And she also had a sense of social justice. When still a teen she traveled to Spain to fight against the Nazi-backed fascists. When war broke out in 1939 she volunteered as a nurse. When her hospital was closed, she went to work for the underground organization known as the “Pat O’Leary Line”, helping to smuggle downed airmen, intelligence agents and Jews out of German-occupied France. When the organization was compromised, she herself escaped over the Pyrénées in mid winter, eventually making her way to London, where she was recruited by the British Special Operations Executive (SOE).

The SOE trained Borrel  in guerilla combat techniques–how to spy on, sabotage, and kill enemy soldiers.  She learned Morse Code and hand-to-hand combat skills. When asked, “How might you kill a Nazi using what you have on you?” she is said to have responded: “I would jam a pencil through his brain. And he’d deserve it.”

Her commanding officer described her as “the best of us all.”

Cramped in a modified Whitley bomber, Borrel parachuted into France in September, 1942, the first female combat agent to do so.  She recruited and trained Resistance members and coordinated air drops of supplies. She was second in command of the Paris circuit, which was part of the Prosper underground network.

Sadly, Borrel was betrayed by a French  double agent. the Nazis arrested her in May of 1943, and she spent the next year in the notorious Fresnes prison.  She was then transferred to Natzweiler-Struthof concentration camp as part of the Nazi’s “Nacht and Nable”, night and fog, directive which meant that they were to disappear without a trace. Borrel fought to the last, severely scratching her executioner’s face as he stuffed her, alive, into the oven to be cremated. She was 24 years old.