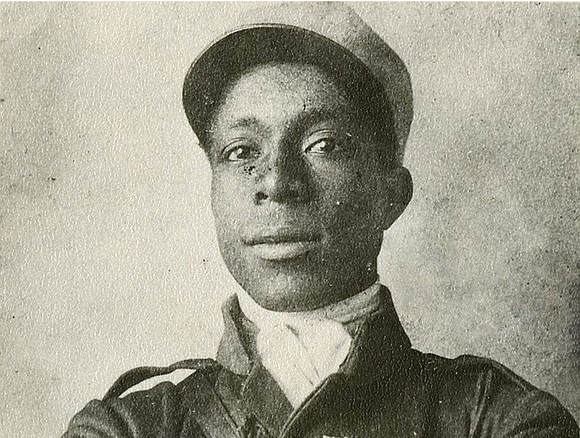 While a black pilot was unprecedented in 1916, accepting challenges and overcoming obstacles was nothing new for Eugene Jacques Bullard.

Born on October 9, 1894, he was the youngest son among 10 children, three of whom died in childbirth. His father, Octave Bullard, was the son of a black slave. His Creek Indian mother, Joyakee, died when he was 6.

Living in Columbus, Ga., young Gene grew up dealing with Southern bigotry, but he was inspired by tales his father told him of a faraway land where a man’s social prospects were not limited by his skin color: France.

Bullard achieved his childhood dream in 1913 when he arrived in Paris. In 1914, when Germany declared war on France, Bullard, although an American citizen, fought to defend the country in which he had sought equality. He joined the French Foreign Legion and fought in the Champagne and Verdun campaigns with such distinction that he was awarded the Croix de Guerre with Star as well as the Médaille Militaire. He was wounded three times, the last—on March 5, 1916—leaving him too disabled for further infantry service. With the help of Legionnaire friend Edmond Genet, Bullard enlisted in the Lafayette Flying Corps, which was made up of American volunteers who fought with French squadrons. Along with his pet rhesus monkey “Jimmy”, Bullard saw combat over Verdun, where he served as a Legionnaire, in 1917 and 1918, with two unconfirmed enemy kills to his credit.

After the armistice, Bullard remained in France until its occupation by Nazi Germany in 1940 when he escaped to New York. In 1954 he was given the honor by French President Charles de Gaulle of helping relight the flame on the Tomb of the Unknown Soldier under the Arc de Triomphe. Two years before his death in 1961, he was made a Chevalier de la Legion d’Honneur.