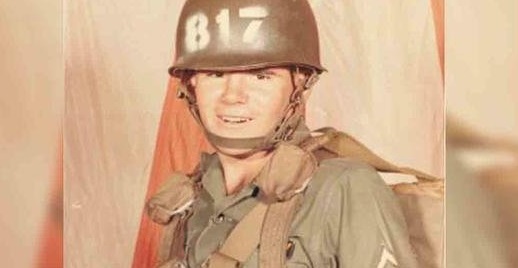 He had a hole in his arm, and another one in his foot that was big enough to slide his finger through. He had just been thrown from a helicopter moments before it crashed.  But that did not stop Sergeant Gary Michael Rose from treating wounded comrades and saving lives.

Sergeant Rose enlisted in the U.S. Army in 1967, and by his second tour of duty, in 1970, was a Special Forces combat medic assigned to the forward operating base at Kontum, located in the Central Highlands region of Vietnam, near the borders of Laos and Cambodia. In September of that year, he was responsible for caring for members of an elite force of Americans and Montagnards who were inserted deep into enemy territory inside Laos.

Almost immediately their unit came under fire. Two Americans and two Montagnards were wounded, and Rose treated them while at the same time returning enemy fire. The fire became so intense that he was forced to crawl from position to position, treating more wounded.  The following day, while he was carrying a wounded soldier to safety, Rose was hit by shrapnel from an RPG. He spent the rest of the mission using a stick as a crutch, ignoring his own wounds, and continuing to treat the wounded. Two nights later, under constant bombardment from grenades, rockets and mortars, Rose dug trenches for the wounded and treated their injuries.

On the final day of the operation, as over 500 enemy soldiers were closing in on his position, MEDEVAC helicopters arrived to extract the wounded.  Rose helped man the outer perimeter to keep the enemy at bay while wounded soldiers were loaded on to the helicopters, hobbling aboard himself at the last minute while he fired at enemy positions less than 50 yards away.

The helicopter was hit by anti-aircraft rounds, and its engine quit at an altitude of 4,500 feet. As the helicopter descended, Rose treated a door gunner who had been shot through the neck.  Rose was thrown from the helicopter shortly before it crashed. He immediately crawled back to the burning helicopter to pull out wounded soldiers, knowing that it could explode at any minute.  He continued to treat the wounded until another helicopter arrived, and was credited with treating 60-70 wounded Americans and Montignards, saving many lives.

The operation tied up an estimated 40,000-50,000 Communist troops. They also overran a North Vietnamese Logistical Headquarters hub and gathered trunks filled with intelligence about its operations.

Rose received numerous decorations during his service, including the Purple Heart with two bronze oak leaf clusters, the Bronze Star, and, in 2017, the Medal of Honor.  He lives with his wife and daughters in Huntsville, Alabama, and  volunteers with several charities.