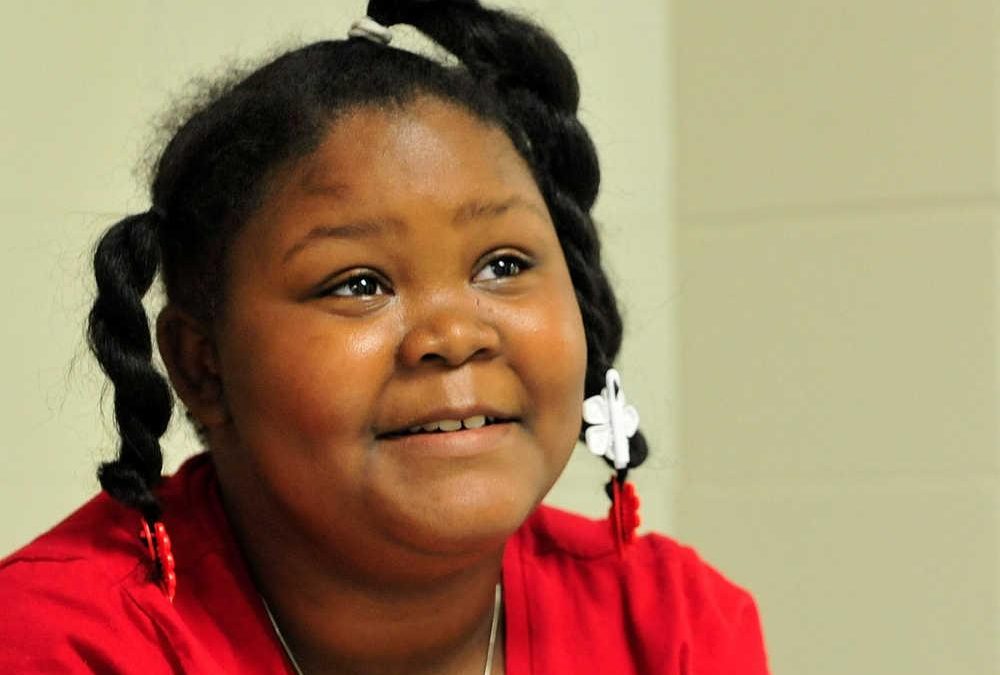 On a rainy morning ten years ago, nine year old Anaiah Rucker and her five year old sister dashed out the front door of their home in Madison, Georgia and hurried across the street in pouring rain to catch their school bus. They had their hoodies up so did not see an approaching truck until just before it would hit them.  Anaiah pushed her little sister out of the way of the truck, taking the impact herself.  She was thrown to the ground and stopped breathing.

The bus driver, who had seen what happened, rushed over and gave CPR to Anaiah to revive her. Both sisters were rushed to the hospital, where surgeons worked for ten hours to save Anaiah’s life.  Her little sister sustained only minor injuries, but Anaiah suffered two broken legs, a fractured neck, damaged spleen, and destroyed kidney. Surgeons repaired her neck and one leg, but had to amputate the other leg.

Anaiah received a hero’s welcome from her classmates and community when she came home after two months of rehabilitation.  She told interviewers that she did not think of herself as a hero. “I had to do it,” she said. “If I hadn’t, my little sister would have been killed.  I would do it again.”

Today, Anaiah is a student at Berry College in Mount Berry, Georgia. She wears a prosthetic leg, which she began to use after sufficiently recovering, years after the accident.