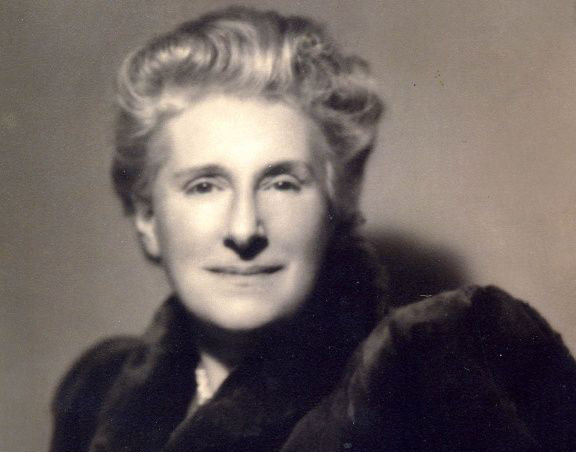 Following the events of Kristallnacht on November 9, 1938, Britain eased immigration restrictions to allow Jewish children under the age of 17 to enter the country as refugees. thus began the Kindertransport (Children’s Transport) and the efforts of Geertruida “Truus” Wijsmuller-Meijer to rescue Jewish and other “non-aryan” children from the nazis. Wijsmuller-Meijer actually met with Adolph Eichmann and persuaded him to allow 600 children to emigrate to Britain.  This was the first of 74 transports that she would organize between November of 1938 and September, 1939.

Truus had actually begun her efforts to help the Jewish community in 1933, when the nazis came to power. She shuttled between Germany and Holland, evacuating family members of her Jewish friends to safety. She built a network of Dutch women and worked with the Jewish Refugee Committee to organize a women’s volunteer corps. By 1938 Jews were publicly humiliated and beaten in the streets of Vienna.  Truus told as many people as she could what was happening, but was not believed.

When war broke out and the Kindertransport ended, Wijsmuller-Meijer remained in the Netherlands and continued her efforts, often in concert with the Dutch Resistance.  She was able to evacuate Jewish children and adults as well as French soldiers who wanted to escape Vichy France.  The Gestapo arrested her in 1942 on suspicion of helping Jewish refugees to flee the Netherlands to France and Switzerland, but she was eventually released.

“Auntie Truus” saved the lives of over 10,000 Jews, mainly children, in the months leading up to WWII. Unlike Raoul Wallenberg or Oskar Schindler, she is virtually unknown. This is probably because she left no family to remember her–she was childless. And few of those whom she rescued would remember exactly who she was as they grew up.  After the war, she continued to work for the greater good, advocating for the disabled and serving on the Amsterdam City Council. A sculpture of her was erected in 1965 in Amsterdam with a plaque that states, “Mother of 1001 children, who made rescuing Jewish children her life’s work.”

She was declared “Righteous Among The Nations” in 1966 by Israel, and was featured in the 2020 documentary, “Truus’ Children”.