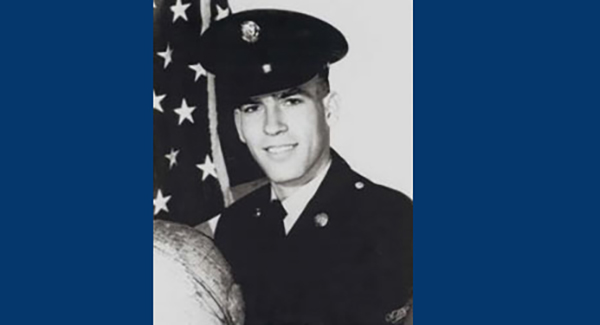 The battle at Fire Support Base Illingworth, one of two small American outposts in Tay Ninh Province, lasted For over three hours. Spec Four Peter Lemon and his 18-man platoon of Army Rangers defended the perimeter against an onslaught of 400 enemy soldiers. A mortar round exploded near Lemon, killing his close friend and wounding him.  Bleeding from wounds in his head, neck and back, Lemon, 19 years old, fought back two waves of enemy soldiers and dragged a wounded comrade to safety.

When a third wave appeared about to overrun the post, Lemon, wounded a second time, determined to go down fighting. He grabbed a machine gun, climbed to the top of a berm, and in a fully exposed position fired at the enemy until the weapon jammed. Lemon was forced to fight hand-to-hand, and was injured a third time. Somehow, he survived. Every man in his platoon had been wounded. Three of his close friends were killed. Lemon himself refused to be evacuated to a field hospital until his wounded companions were treated. Lemon spent the following month in hospital. Within six months he returned home.

A year later, Lemon was awarded the Medal of Honor for his bravery, but he couldn’t bring himself to wear it. “It isn’t mine,” he said. “It belongs to Casey Waller, Nathan Mann, Brent Street, and the guys in the unit.”

“Every good soldier has to have a mission!”

Eventually a fellow soldier convinced Lemon to wear the medal. He told Lemon, “Casey, Nathan, and Brent are gone! If you really feel like that Medal belongs to them, you need to wear it. Every time you wear that Medal you are reminding people about guys like them who fought….and died.”

As a civilian, Lemon found a new mission: spreading the word about Medal of Honor recipients and telling their stories.  He published a book in 1997, Beyond the Medal, A Journey from Their Hearts to Yours.  In 1997 32,000 copies of the book were distributed to every middle school in the U.S.