The Most Decorated Woman Soldier 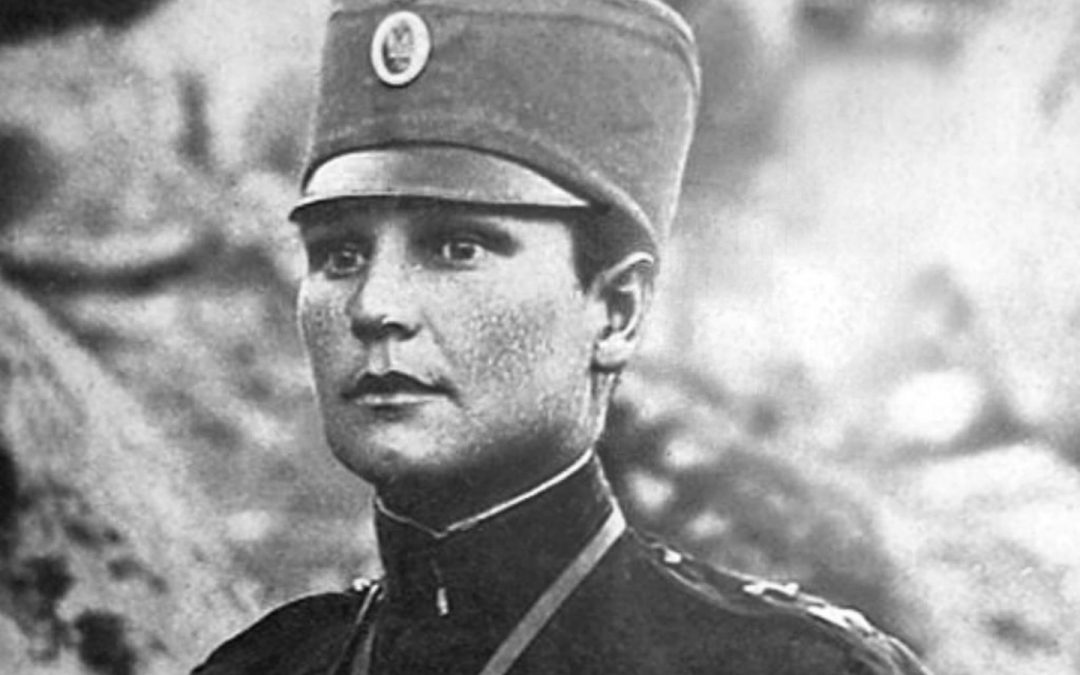 She is the most decorated woman combatant in history. She died in poverty, and few, outside of her own country, have ever heard of her.

Milunka Savić was the eldest of four children in the Serbian village of Koprivnica  at the outbreak of war with Bulgaria, in 1913. Her brother received a call up notice to report for duty, but Savić cut her hair, donned male clothing, and posing as a man named Milun, joined the army in his place!

Savić did not have to wait long to see combat. She fought in the Battle of Bregalnica and received a medal for her bravery. She received more medals for her bravery in nine more battles, as well as being wounded four times,  and was quickly promoted to the rank of corporal. But her tenth battle landed her in the hospital with a chest wound. Surgeons discovered her true gender.

Savić’s commander was reluctant to discipline her because she had proven herself to be a competent and fearless warrior. He told her she would be transferred to a nurse’s division, but she refused, stating that she wanted to fight for her country as a combatant.  Her commander replied that he would think it over.  “I will wait,” Savić replied.  And so she did, standing at attention for over an hour. Her commander finally told her to return to camp and continue fighting.

Her identity no longer concealed, Savić went on to fight in both Balkan wars. She had a reputation for an uncanny sense of the perfect time to hit enemy lines, and her ability to pinpoint a target with grenades.  At the outbreak of World War I, as a member of the famous “Iron Regiment”, an elite infantry regiment of the Serbian army, she fought in the Battle of the Crna Bend, at one point capturing 23 Bulgarian soldiers single-handedly. For this action she was awarded, for the second time, the Karađorđe Star With Swords. In actions on the Macedonian Front she disarmed and captured over 100 Bulgarian soldiers.

During the Great Retreat of the Serbian Army through Albania, Savić stayed with her fellow fighters, even though severely wounded and exhausted. “In the tough days of the retreat Milunka did not leave the soldiers’ side. She looked like a ghost, but she didn’t give up,” wrote historian Antonije Đurić. She was twice awarded the French Légion d’Honneur, the Russian Cross of St George, the British Medal of the Most Distinguished Order of St Michael and the Serbian Miloš Obilić medal.

France offered Savić  a pension and a place to live, but she chose to remain in her home country, working menial jobs.  When Serbia was occupied by Germany in 1941, she refused to attend a banquet held by Milan Nedić, prominent Nazi collaborator and prime minister of the puppet government. For this, and for giving first aid to Partisans and Chetniks, the police beat her bloody in front of her own children, arrested her, then took her to the Banjica concentration camp where she was sentenced to execution and imprisoned for 10 months. The
Germans released her with military honors when the camp commander found out who she was.

After the war, Savić spent the rest of her life living in Belgrade in obscurity and poverty. Shortly before her death, she gained some recognition for her valor. She died in 1973 and was buried in a family mausoleum. 40 years later, her remains were brought to the Alley of the Greats, the final resting place for Serbian heroes. A memorial complex with a permanent exhibition devoted to Milunka Savić was opened in October 2020.