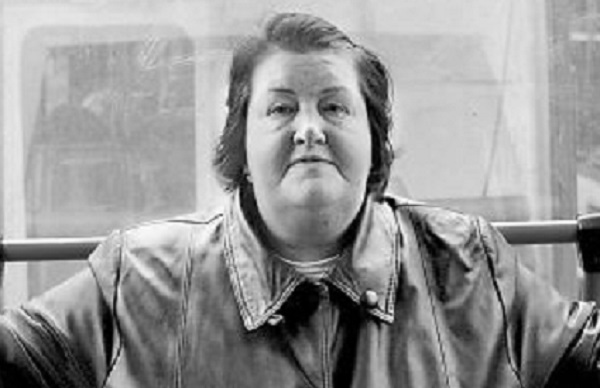 It took a lot of courage to resist Soviet authority in the 1970’s.   Previous revolts, in Hungary and Czechoslovakia, had not gone well: The Prague Spring in 1968 was put down by half a million Soviet-backed troops; The Hungarian Revolt in 1956 resulted in the deaths of over 2,500 Hungarians. So when Henryka Krzywonos stopped her tram in the center of Gdansk, halting traffic and shutting down the commuter line, she knew it would be dangerous.

In August, 1980, Krzywonos heard the news of the Lenin shipyard strike being led by Lech Wałęsa, and responded by shutting down her tram. “I just stopped it and said, ‘This tram won’t go any farther,”‘ she told her interviewer. Her action helped  begin the transport workers’ strike; other drivers joined her on the street and together they organized an ad hoc strike committee.

Solidarity lasted for over a year as the only independent trade union in the Soviet Union. Krzywonos  worked on the strike committee, helping needy families. Then the government of Gen. Wojciech Jaruzelski declared martial law, and she became a target of repression. She was banned from the city of Gdansk and barred from seeing employment anywhere in Poland. The secret police came to her home and beat her, resulting in her miscarriage. Hounded by the communist authorities, she could only find work in secret, often being fired when her identity was discovered. One night she collapsed on the factory floor from complications from her beating. She spent the next six months in the hospital. But her fortunes changed again in 1985.

Using a different surname, Krzywonos returned to Gdansk undetected. There she met Krzysztof Strycharski, whom she married and began what she calls the most important work of her life. Unable herself to bear children, she and her husband adopted a child. They eventually adopted 14 children, and created the first of 170 family orphanages in Poland. “Before, I helped people,” she said. “God helped me to overcome disease, and so I can pay back the debt, and that’s how the orphanage was formed.”

Krzywonos-Strycharski began her political career in 2002, running for Gdansk City Council. She was elected to parliament in 2015, and continues to serve, as a member of the Civic Coalition Party. She has received numerous awards and recognition for her civic work and child advocacy, including the Commander’s Cross in the Order of Polish Rebirth, the title “Polish woman of the 20th century”, and is an honorary citizen of Gdansk, the city from which she was exiled.