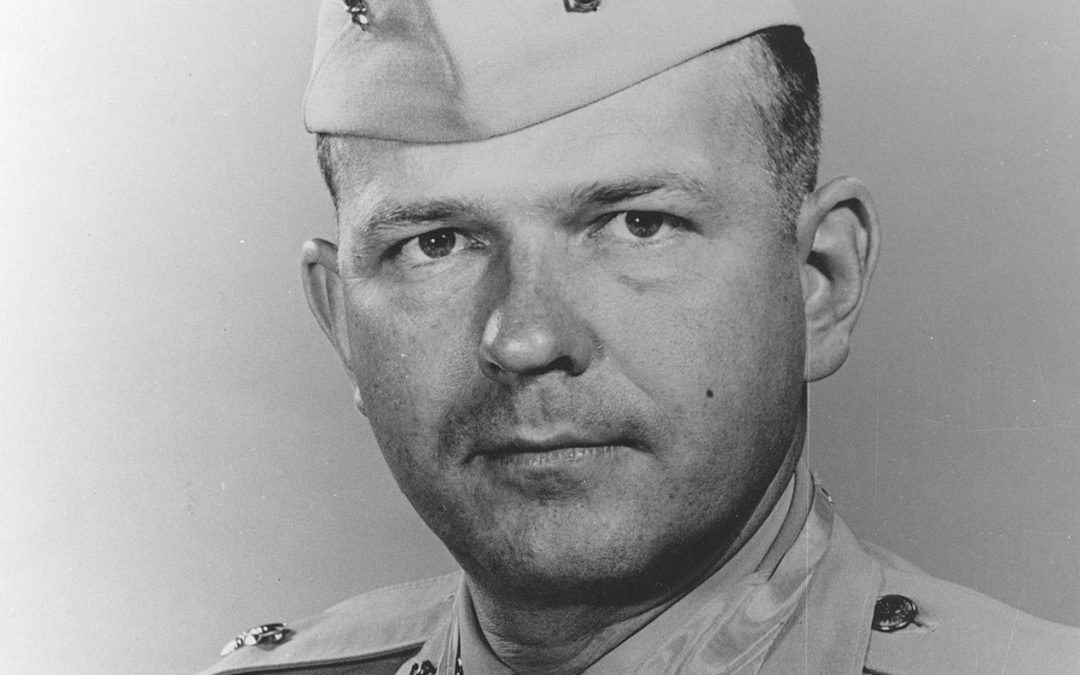 Marine Corps second lieutenant William Barber was wounded in action on Iwo Jima during World War II and was awarded a Purple Heart and Silver Star for rescuing two wounded comrades by directing enemy fire at himself and away from them. Many years later, as Colonel with the III Marine Amphibious Force, he served in Vietnam  and was awarded the Legion of Merit with Combat “V.”  But it was for his bravery in the Battle of Chosin Reservoir during the Korean War that Barber received the  Medal of Honor.

Captain Barber and his company of 220 men held off more than 1,400 Chinese soldiers during six days of fighting in North Korea at Toktong Pass. Despite the extreme cold weather conditions and a bullet wound to his pelvis, Barber refused evacuation and an order for his company to withdraw from their defensive position, which was surrounded. Aware that leaving would cause 8,000 Marines of his division to be trapped in North Korea, Barber held on to the position with his men, killing over 1,000 enemy troops. The enemy was relentless, subjecting Barber’s company to constant sniper fire during the day and incursions at night. When the company was finally rescued only 82 of his men were able to walk away.