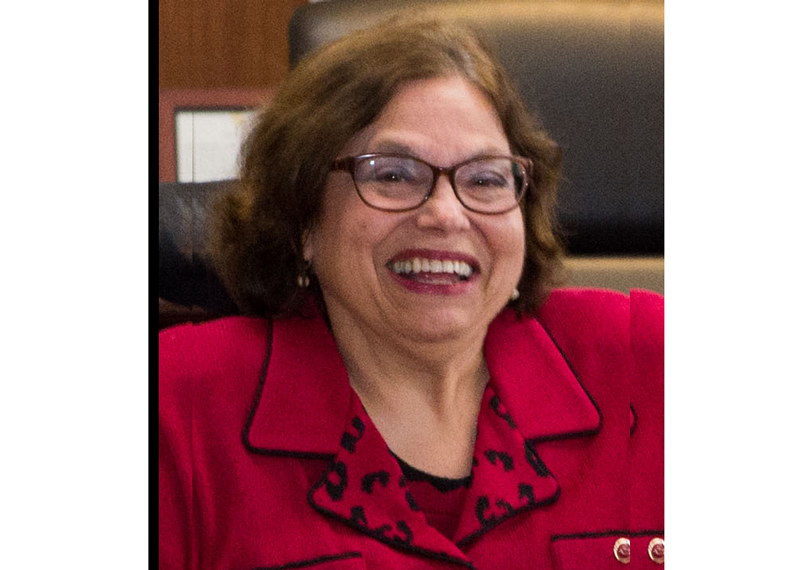 This is the time of year when kids head back to school, and 5-year-olds start kindergarten. 68 years ago, one little girl was turned away from kindergarten. The school informed her parents that she could not come to school because she was a fire hazard. That “fire hazard” would one day be a leading advocate for the rights of people with disabilities, and her work instrumental in passage and enforcement of the Americans with Disabilities Act.

Judith Heumann contracted polio when she was 18 months old. She spent 3 months in an iron lung, and 3 years in and out of the hospital. At one point her doctor recommended she be institutionalized.  This was a common practice at the time; disabled children were considered to be an undue hardship. Living in New York, it is conceivable that she would have been sent to the notorious Willowbrook State School, which opened in 1947. (1)  Her parents rejected the idea; they remembered all too well the policies of eugenics in their home country of Germany, from which they had fled in the 1930’s.  By the time she was school age, Heumann was confined to a wheelchair.  Since she could not attend school, the school district provided  2 1/2 hours of in-home instruction per week. No instructional materials were given to her parents, so they were on their own in educating their daughter.

Heumann was finally able to attend school when she was 9. She attended special education classes in the basement of her public school, in a program offered to 4-8 grades.  Beyond 8th grade, the state felt no obligation to offer programs for disabled children. Heumann’s mother, Ilsa, was not one to take such news without a fight. A community activist, she and other parents  of disabled children banded together to successfully demand  an accessible high school program.  Her  mother no doubt influenced Judith’s activism in years to come. But there was another, equally important influence.

From the age of 9, Judith attended Camp Jened, a summer camp in the Catskills. In the company of other disabled young people, Judith felt accepted, free to be who she was. The camp included young people with a variety of disabilities, from mild to severe.  All were included  in daily activities and encouraged to participate in sports, some being carried around the bases when they played baseball. All of them saw the stark difference between the way they were treated at camp and versus their home communities and schools. Judith and many of her fellow campers would go on to work for the rights of the disabled, including passage of the Individuals with Disabilities Education Act. (2)

Heumann attended college at Long Island University. She and other disabled students organized rallies and protests demanding that access ramps be built and that disabled students be allowed to live in dorms.  Upon graduation, she applied for a New York teaching license, but was denied because the Board did not believe she could safely evacuate herself and her students in case of a fire.  She sued, and won. The lawsuit attracted attention from the press, and consequently much attention from disabled people nationwide. Seeing that there needed to be legislation to address discrimination against the disabled, Heumann and several friends founded Disabled in Action, a group devoted to changing the laws. Initially rebuffed, they responded by organizing sit-ins in New York, at one point shutting down traffic on Madison Avenue in 1972.

Sit-ins and similar actions are difficult for the disabled. They cannot just get up and move quickly when necessary. Heumann and approximately 150 other disabled occupied the San Francisco Federal Building for 28 days. This was a risky move for many of them, who needed someone to turn them from time to time to avoid developing sores and infections. Eight of them went on a hunger strike. But their actions paid off; HEW Secretary Joseph Califano finally signed both Education of All Handicapped Children and Section 504 of the Rehabilitation Act on April 28, 1977.

Heumann continues to advocate for the disabled, serving as advisor to two presidents as well as the Ford Foundation, and the World Bank. She has inspired others to take action, notably Jennifer Keelan-Chaffins, an 8-year-old girl with cerebral palsy who in 1990 dragged herself up the steps of the US Capitol to demand passage of the Americans With Disability Act.

There is an impulse to turn away from those with disabilities; it is often difficult to see a disabled person perform daily tasks that are simple for the non-disabled. But thanks to people like Judith Heumann our society is gradually understanding that those with disabilities are entitled to respect, dignity, and equal rights.