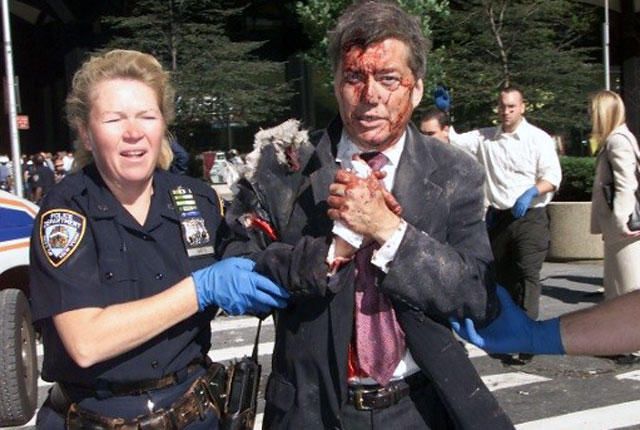 Officer Moira Smith’s first assignment with the NYPD was to patrol the subways. Early one morning in August, 1991, she was just getting off an 8 hour shift when she heard the crash and groan of twisting metal  in the subway below. She ran through Union Square Station to find the worst New York subway disaster in over 60 years. Officer Smith spent the next sixteen hours rescuing trapped passengers and setting up triage. Ten years later, Officer Smith would be the first NYPD officer on the scene at the World Trade Center on 9/11.

When Officer Smith saw the first plane hit the North Tower, she ran into the building to help people evacuate the building. One survivor remembered, “The mass of people exiting the building felt the calm assurance that they were being directed by someone in authority who was in control of the situation. Her actions even seemed ordinary, even commonplace. She insulated the evacuees from the awareness of the dangerous situation they were in, with the result that everything proceeded smoothly.”

Officer Smith was last seen heading into the South Tower shortly before it collapsed. She was the only NYPD female police officer to die that day.

“The Life Of Moira Smith” in Chicago Review Press.