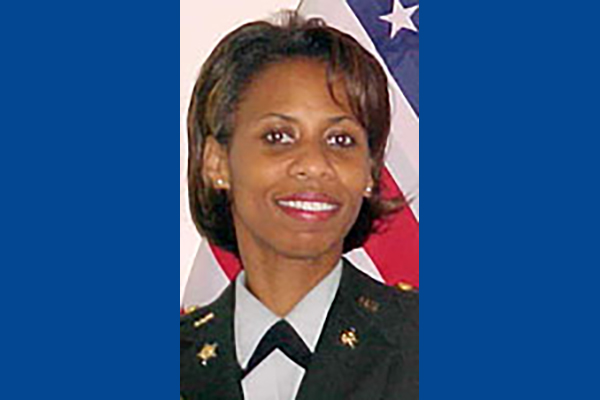 Sitting at the conference table for her morning meeting, Lt. Col. Marilyn Wills suddenly found herself being thrown across the room to the floor. “I was sitting there complaining to myself that, ‘This meeting sure is long,’ ” she later said. “As soon as I thought that, PLOOM, BOOM, BOOM! There was a massive explosion that hit the wall behind me. I looked up and saw a fireball.” The room went dark, and the only sound was the ringing in her ears. Then she heard people hollering. She got to her knees and felt around for the door, but the  knob was too hot to touch. The smoke was thick..so she held the sleeve of her sweater to her face to breathe. She was crawling toward another exit when she became aware of someone clinging to her belt. A woman cried that she didn’t think she could make it out. The intense heat was melting her stockings to her legs. “Oh yes, you can. Just get on my back. I’ll carry you,” Wills  told the woman. She gave the woman the other sleeve of her sweater to breathe through.

It was 9:37 AM on September 11, 2001, and American Airlines Flight 77 had just slammed into the Pentagon. Col. Wills and a small group of survivors crawled through the darkness, hoping to find a way out. Eventually she saw a tiny ray of light. With her comrades in tow, Wills made it to a  second-floor window and with the help of other soldiers pried it open and helped each other out, forming a human ladder with those below on the ground.  Wills turned to search for other survivors, but was ordered to leave the building by a superior officer. It was “The only [order] in the Army I did not want to obey,” she later recalled. A doctor on site beat on her back to keep her breathing. She thought she was dying as she lost consciousness, dreaming about walking to school with her sister. Col. Wills left the site of the attack on a stretcher. She woke up two days later and spent the next two weeks in the hospital recovering from burns and smoke inhalation.

Col Wills was awarded the Soldier’s Medal and Purple Heart for her valor that day.