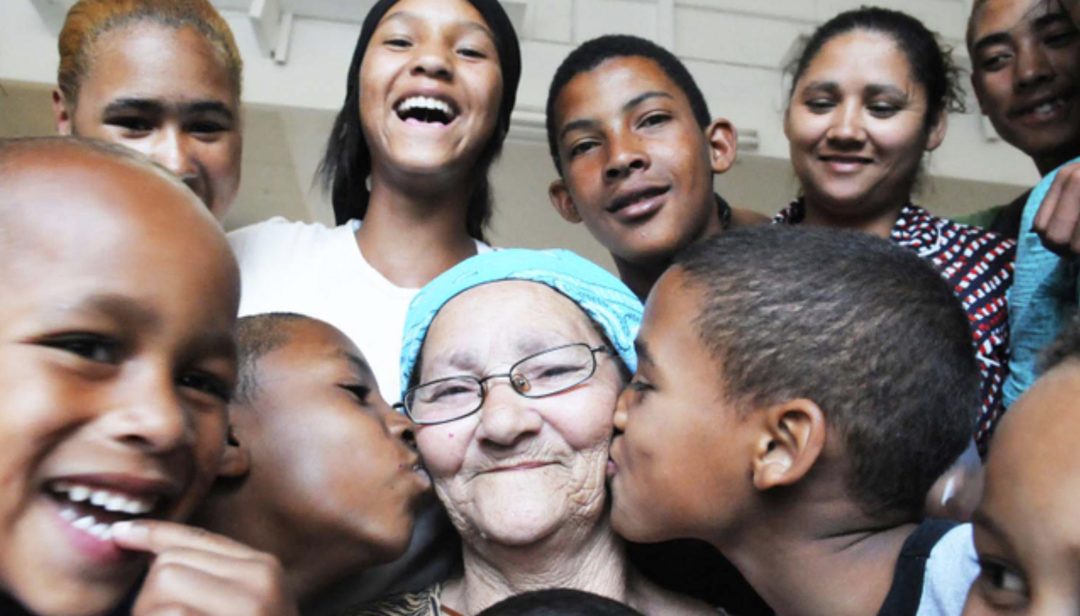 For many years Elizabeth Barrett took in homeless and orphaned children to live in her house on Harrington Street in Cape Town, South Africa.  She clothed them and put them through school.  Early one morning shortly before Christmas 2013 she was cooking breakfast when she smelled burning rubber. Searching for the source of the odor she opened the door to the bedroom where the children were sleeping and saw dense smoke. She woke the children and helped them outside to safety. Once outside, she realized one child was missing. “I ran (back into the house) upstairs and I screamed, ‘Who is upstairs? Is anybody upstairs?’ She told an interviewer. “I saw one of the boys, he was under the bed next to the room where the fire was. I pulled him out underneath, but it was so dark from the smoke. It was black smoke all over the house.”

Barrett was able to rescue all of the children, but her house was destroyed. She and the children ended up living in a makeshift dwelling behind the burned out house, but she became ill from the poor living conditions, and after spending time in the hospital with a stomach infection, moved back in to what was left of the house. “I was not worried about myself but the girl and the boys. If they caught it they could die. I’m not worried about myself because I am strong,” she said.

Barrett was eventually able to find a home for herself and the children in a nearby town, even taking in another teenager who was injured in a shooting. Now 75, she and the children again live in the house on Harrington Street, which was rebuilt 3 years later.  She continues to take in homeless children. “I am happy to care for them. My love and care for them keeps me going. If they aren’t around, I would ail quickly,” she said.

Barrett received the Order of Mendi for Bravery in Bronze at the presidential guest house in Pretoria in 2014. “I don’t know how I feel about that (the award). Maybe I will feel it when I get there. My wish was just to get this place fixed and taking care of these children,” Barrett said in an interview.