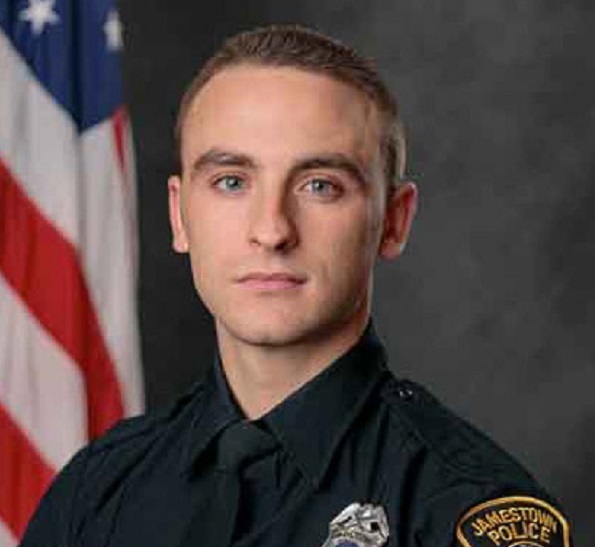 Shortly after midnight last July, Officer Mark Conklin was on a routine call in Jamestown NY when a man ran up to his car, yelling that there was a fire and pointing to a plume of smoke. Conklin ran through yards, jumped a fence, and came upon a house engulfed in flames. He found one child in the doorway of the house and was escorting him away when he heard screams coming from the second floor. A mother and her daughter were trapped, with no way to get downstairs. Conklin ran back toward the fire; the intense heat was melting the siding on a house next door.

“Jump! I got you, I got you,” Conklin called to them. First the daughter, then her mother jumped from the second floor to Conklin’s arms. Both of them, and the child Conklin had found earlier, were unharmed. “I’m just glad I was in the right place at the right time,” Conklin said later.

At age 25, Officer Conklin has been with the Jamestown Police Department for 4 years. He grew up in a family that includes two other officers, and plans to be a career officer. “I really think that to be there when someone needs you is the best thing you can ask for,” Conklin told an interviewer.
Photo: Jamestown NY Police Department.