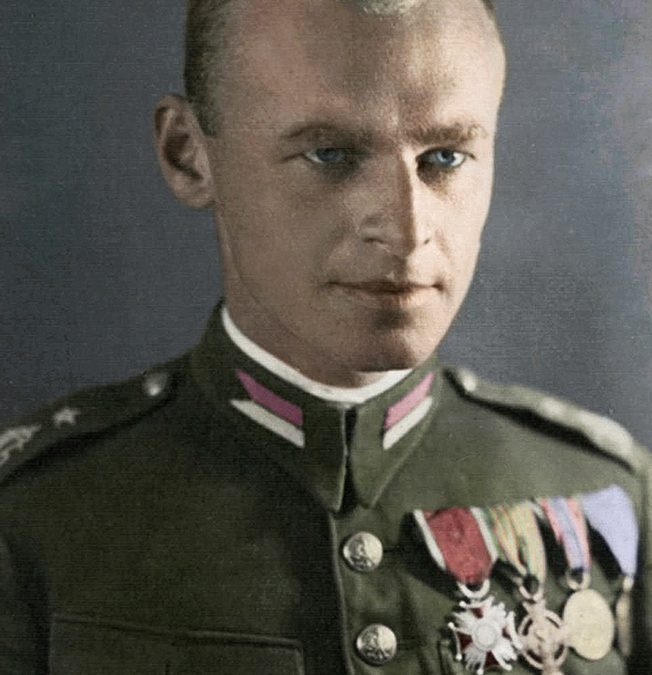 Known as “The man who sneaked into Auschwitz”, Witold Pilecki risked his own life to find out what was really going on in what was assumed to be a POW camp. Leaving behind his wife and children, Pilecki joined a group of Poles whom the Germans were rounding up in Warsaw on Sept. 19, 1940. He would soon learn the true horrors of the concentration camp.

Already a seasoned soldier, Pilecki had been a platoon commander when German troops invaded from the west, followed by Soviet troops invading from the east. He and his men destroyed seven German tanks and three aircraft. When the Polish 41st Division was defeated in September, 1939, Pilecki ignored orders to retreat to France and stayed in Poland, founding the Secret Polish Army, one of the first underground organizations in Poland.

Pilecki would spend over two years in Auschwitz, smuggling out information about its true mission. In the camp he was assigned back-breaking work, survived on a diet that was calculated to nourish prisoners for only six weeks, and recovered from pneumonia. His reports worked their way through the chain of command to London, but no help came from the West. While in Auschwitz, Pilecki organized ZOW, an underground organization designed to distribute extra food and clothing, set up intelligence networks, and train secret 5-person cells to take over the camp in the event of an attack by the Allies. They even set up a secret transmitter to broadcast details of conditions in the camp. In the spring of 1943, Pilecki escaped from the camp with the hope of meeting in person with the Polish Resistance to convince them to help liberate the camp. He continued to fight with the Resistance until the end of the war.

When the Soviets occupied Poland after the war, Pilecki turned to providing intelligence about their activities. He was eventually captured and executed, and all information about him, including his activities in Auschwitz, was suppressed by the communist authorities until the fall of the Berlin Wall.