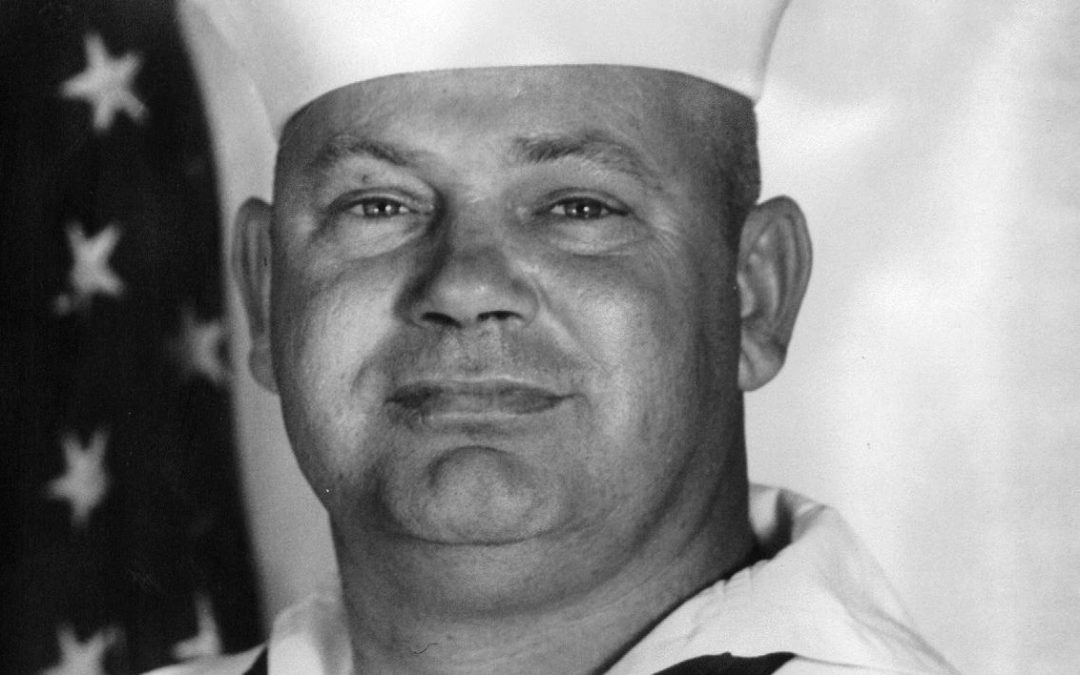 When James Elliot “Willie” Williams convinced a county clerk to change his age on his birth certificate so he could enlist in the Navy at age 16 he thought he would get to see the world. “I thought there was nothing better than servin’ my country and gettin’ paid for it.” He said. He would become the most decorated enlisted man in the history of the U.S. Navy.

19 years later, Boatswain’s Mate 1st Class Williams was assigned to River Squadron 5 in South Vietnam to command a patrol boat. His job was to patrol the inland waterway to prevent Vietcong from using them to transport troops and supplies. On the morning of October 31, they were patrolling River 105, not expecting conflict. “We were on a day patrol, kind of like the ‘relax and recreation’ patrol — nothin’ too heavy. We were only gonna check a few boats coming down the Mekong River for contraband,” he said. Then all hell broke loose.

Two fast speed boats crossed the river ahead of them. They knew that the Cong used these kinds of boats. Sure enough, they started firing on Williams’ boat. Williams and his crew took off after one of the boats and sank it, then turned to the other one. Speeding up the river, it took a sharp turn into a narrow canal through a rice paddy. They couldn’t follow, but Williams knew that the boat would come back out a little way up the river from them. He was determined to intercept and capture that boat, and tore up the river at top speed, right into a Vietcong staging area. “I looked up and didn’t see nothing but boats and people and more boats and more people, ” he said.

Williams thought fast. At top speed they veered hard left, creating a wake that rocked the closest enemy sampan and disrupted its fire. then they sped straight through the middle of the formation, causing mass confusion. The enemy fired at Williams, but ended up hitting each other. They zigzagged through the formation and made it through, hoping to high-tail it out of there. Instead, they found themselves in the middle of another, larger staging area. “There was no way out. I twisted, crisscrossed and turned that PBR. I did whatever I could to get them off our backs,” he said. The fight would last over 3 hours. When it was over, Williams, with just two boats and 10 men, had sunk 65 enemy boats and eliminated 1,200 enemy troops. He and his men all survived. Williams was awarded the Medal of Honor for his actions that day.

His men, all in their late teens and twenties, affectionately called 36-year old Williams “The Old Man”. Williams knew the importance of looking out for his team. Referring to his medals for bravery, Williams said, “”You gotta stop and think about your shipmates. That’s what makes you a great person and a great leader – taking care of each other.”

Williams’ brave actions didn’t end that day. He would go on to rescue a sailor trapped in a sinking dredge, and to destroy many more enemy sampans. During his last seven months in the Navy, Williams received every sea-service award for heroism. Here is a list of his military decorations:

Legion of Merit (with “V” device)

Vietnam Cross of Gallantry (with gold star and palm)

The Most Decorated Enlisted Sailor in Navy History in Historynet