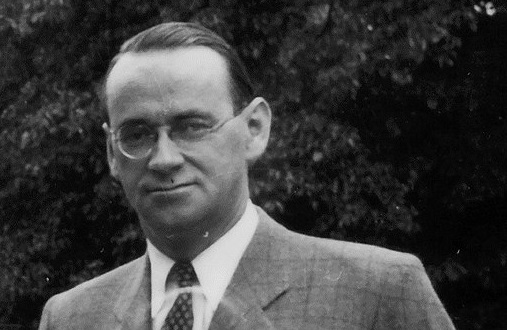 Because of its alliance with Germany during  WWII, Hungary was spared from German invasion and the roundups and deportations that occurred in countries occupied by the Wehrmacht. Jewish citizens faced discrimination and harassment, but Jews were not deported. That would change in 1944.

By March of 1944, the Nazis knew they were losing the war, but still clung to hope of maintaining something of an empire.  Sensing that Hungary might abandon its alliance, they installed a puppet government, and swiftly began an extermination program. In less than two months over 300,000 Hungarian Jews were sent to Auschwitz.  At this point, Carl Lutz, who was the Swiss vice-consul to Hungary, decided to act.

Carl Lutz was a skillful diplomat. He was well regarded by Germany for his diplomatic efforts prior to the war and he knew how to manipulate a bureaucracy. Leveraging his status as a Swiss representative, Lutz negotiated with Hungarian officials and the nazis to obtain 8,000 protective letters for Jews to emigrate to Palestine. It was assumed that the letters were intended for individuals, but Lutz used them to protect entire families. Each letter was numbered from 1 to 8,000. When he had issued 8,000 letters, Lutz started over again at 1.  Historians differ on how many times Lutz did this, but it is known that he saved tens of thousands of people using the tactic.  Lutz also established 76 safe houses, which he declared to be annexes of the Swiss legation and therefore off limits to Hungarian and German authorities. Lutz’s skill and influence were proven definitively when Edmund Veesenmayer, the German representative in Hungary requested permission from Berlin to have him assassinated. Veesenmayer never received a response.

Lutz also intervened physically to save people.  Fascist militias were rampant in Budapest. They would line people up along the quay of the Danube and shoot them.  Seeing this, Lutz jumped into the river to save a bleeding Jewish woman. Then he walked up to the militia commander and told him that the woman was a Swiss citizen and therefore protected by international treaty. He then took her to his car and drove away.

Lutz is credited with the largest rescue operation of Jews of the Second World War. He received little acclaim for his actions after the war, possibly because as a Swiss diplomat his actions were somewhat out of line with neutrality.

In 2017, a scenic lookout built in his memory was dedicated in Switzerland Forest, near Tiberias, the Sea of Galilee, and the Golan Heights.

Update 19 January 2022. I just had an interesting conversation with a man who read this post. His father and uncle were imprisoned in Hungary, awaiting execution by the nazis. They shared a prison cell with a man whom they believe was Lutz. The next day, Lutz was gone, and a representative from the Swiss consul freed them. They were taken to Wallenberg’s safe house, and both of them survived the war. His father was interviewed in 1995 about his experiences during the war. He mentions the incident in this video at 22:30:
https://www.youtube.com/watch?v=C3SsSrbZrJs