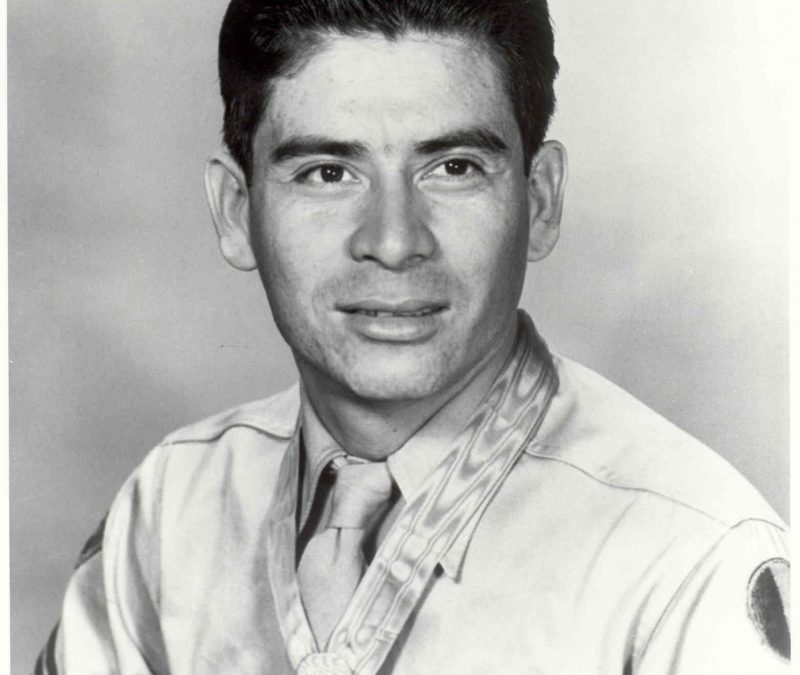 U.S. Army Company B, 22d Infantry is pinned down by German machine gun fire, artillery and mortar barrage. Casualties are mounting as the company is trapped in rough terrain. Acting Squad Leader Private Marcario García sees that the German machine gun emplacements would need to be taken out in order for the company to move.

Garcia single-handedly assaulted the first emplacement. Although he was shot and in pain, he crawled through sparse cover toward the emplacement, threw grenades and destroyed it, shooting 3 Germans who had been manning the gun. Before he could return to his company and receive treatment for his wounds, a second emplacement opened fire. Garcia stormed that position and neutralized it, killing 3 more enemy and capturing 4 prisoners.  Only then did he allow himself to be evacuated and have his wounds treated. Years later he told an interviewer “I did not know the wound was so serious. I was numb, I think, and besides, we were moving forward, and it was not the time to stop.”