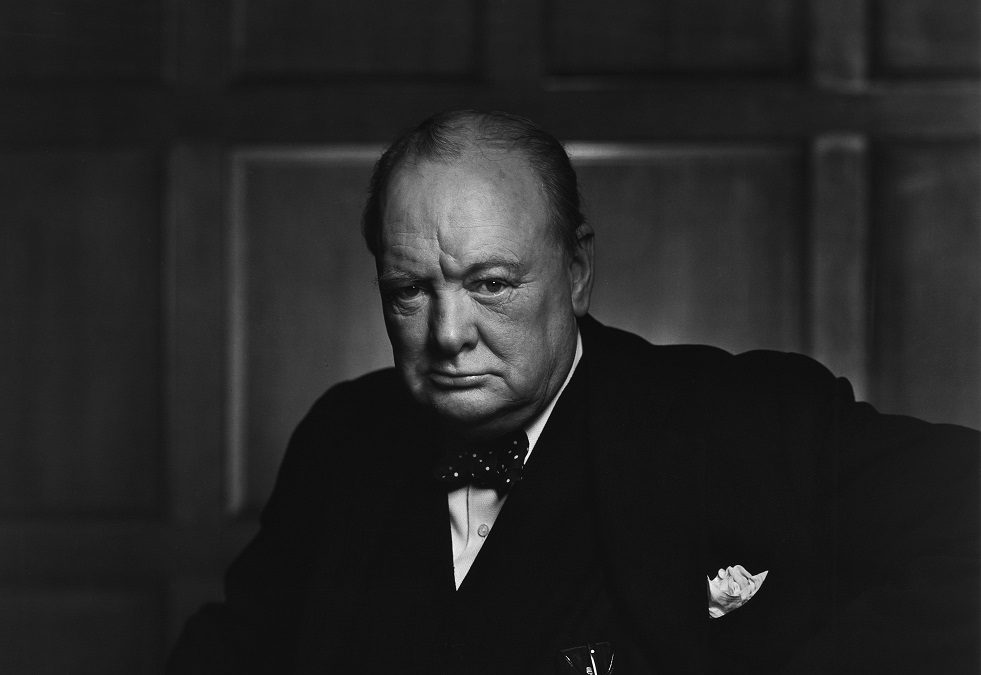 March, 1938  Winston Churchill warns the British House of Commons, declaring that “the gravity of the events[…] cannot be exaggerated”
Germany had just annexed Austria.

But a nation still weary from WWI was not willing to listen. Prime Minister Neville Chamberlain, with his party’s support, pursued a policy of appeasement toward Hitler and Mussolini, and continued to do so as Germany invaded the Sudeten territory in Czechoslovakia in spite of its alliance with France and Britain formed in 1924. Hitler’s rationale for the invasion was that over 3 million Germans lived in the region.

Churchill knew that he needed to galvanize public opinion, which was divided over going to war. In spite of a speech impediment, he was a skilled orator. He would declare in June, 1940, “I expect that the Battle of Britain is about to begin. Hitler knows that he will have to break us in this island or lose the war. Let us therefore brace ourselves to our duty and so bear ourselves that if the British Commonwealth and Empire lasts for a thousand years, men will still say: “This was their finest hour”. The Blitz would begin within 3 months.

Lasting from September 1940 till May 1941, the Blitz would be Britain’s greatest challenge in the war. More than 40,000 civilians were killed by Luftwaffe bombing during the war, almost half of them in London, where more than a million houses were destroyed or damaged. Britons sheltered in backyard shelters and Underground stations, then emerged to clear the rubble and carry on. Churchill, himself operating from an underground bunker, declared “I see the damage done by the enemy attacks, but I also see side by side with the devastation and the ruins quiet, confident, bright and smiling eyes, beaming with a consciousness of being associated with a cause far higher than any human or personal issue. I see the spirit of an unconquerable people.”

Churchill’s courage in the face of opposition extended beyond the end of WWII. He championed the Marshall Plan to rebuild Europe, and emphasized the importance of including Germany in a united Europe, urging a swift end to retribution. Speaking in Zurich in 1946, he called for a “United States of Europe”, and declared, “I am now going to say something that will astonish you. The first step in the re-creation of the European family must be a partnership between France and Germany. In this way only can France recover the moral and cultural leadership of Europe. There can be no revival of Europe without a spiritually great France and a spiritually great Germany.” de Gaulle was at first outraged at the suggestion, but eventually came around.

Churchill also called for a North Atlantic Alliance to include the United States. Referring to what he saw as an inevitable push by the Soviet Union to expand westward, he said “I am convinced that there is nothing they admire so much as strength and there is nothing for which they have less respect than for weakness, especially military weakness.”

“An appeaser is one who feeds a crocodile—hoping it will eat him last.” -Winston Churchill