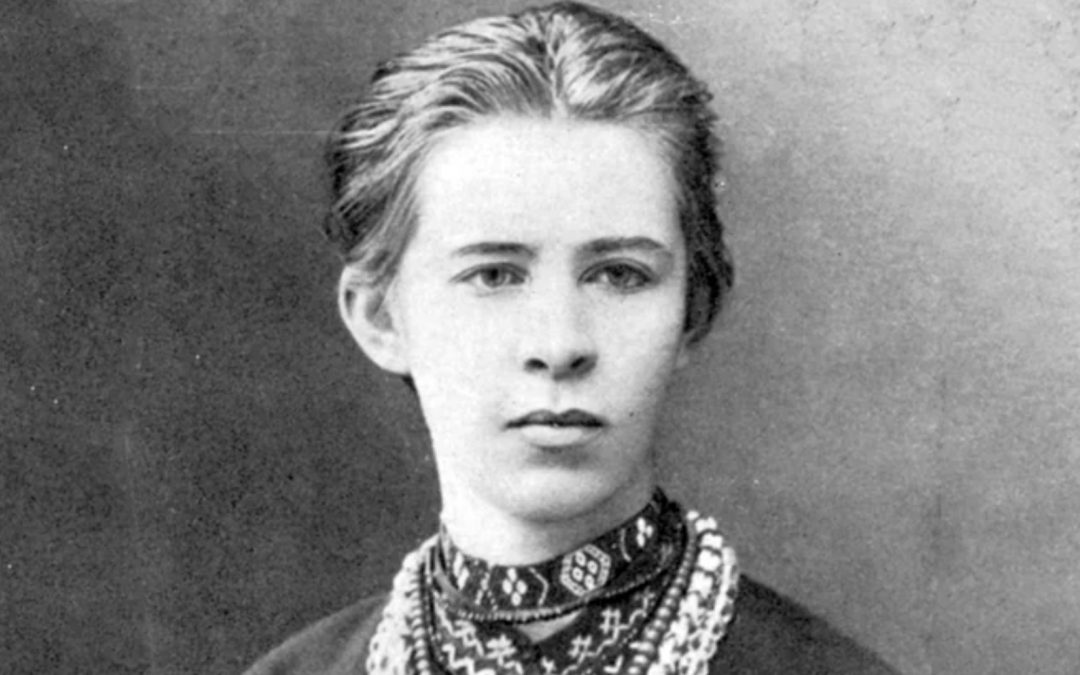 Arrested in 1907 by tsarist police for her anti-Russian views, Larysa Kosach-Kvitka is regarded as one of the most notable Ukrainian writers of Ukrainian literature.

Under the pen name of Lesia Ukrainka, she wrote her poetry, plays and essays in Ukrainian, which was forbidden under Russian rule. (“Ukrainka”, meaning “Ukrainian woman” was a bold step. The words “Ukraine” and “Ukrainian” were forbidden and discouraged.)

Known for her plays, poems and for her political activism, Lesia Ukrainka is regarded as one of the most notable Ukrainian writers of Ukrainian literature. She traveled extensively throughout Europe and Egypt in search of treatment for tuberculosis, and she learned much about the world beyond her native land.

Writing from Vienna in 1891 she said, “I look at the Europe and the Europeans before me, and I want to say something true even though I’m on the sidelines… My first impression was that I had entered another world – a better world, a freer world. It will be much harder for me now when I return to my country. I’m ashamed that we are so enslaved, that we carry such heavy shackles and sleep so peacefully under them. I have awakened, and I am sad and I grieve; I am in pain…”

Kosach-Kvitka had a gift for languages, speaking English, German, French, Italian, Greek, Latin, Polish, Russian, Bulgarian, and her native Ukrainian. She wrote prolifically in spite of a debilitating illness that often kept her bedridden for months.

Excerpt from Rufin and Priscilla  (1908)

“If this continues, we will soon become
strangers in our native land,
exiles from the heavenly state,
because it has no place in our world,
and we can not get there,
where we must first die to come to life
and lose all human likeness,
to become not people and not gods,
but something like a shadow, like smoke, like steam. ”