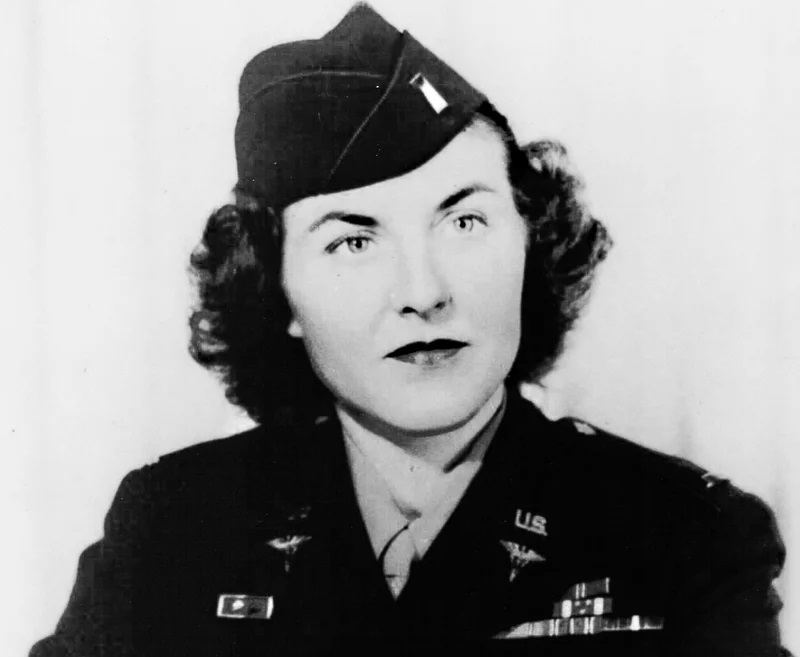 “I joined the Army to see the world, and what I saw was a prison camp.”

Mildred Manning joined the Army Nurse Corps in 1939 and was assigned to a military hospital in Manila, Philippines. It was a choice assignment for nurses looking for adventure on a two-year tour of duty. That would change abruptly on the night of December 8, 1941.

Manning and 65 other Army nurses treated wounded soldiers as the Japanese overran the Philippines in the battles of Bataan and Corregidor. They set up hospitals in the jungles of Bataan with 18 open-air wards, each containing 300-400 wounded and increasingly sick and weak troops. She was captured by the Japanese in May, 1942, when Corregidor fell.

Manning and her fellow nurses were imprisoned at Santo Tomas Internment Camp, which became an overcrowded POW city of roughly 6,000 people. With minimal supplies, they treated patients and did what they could to prevent epidemics and treat the sick and wounded. They would come to be known as the “Angels of Bataan and Corregidor.”

As the tide of war shifted against Japan, the POW’s already meager food rations were reduced, first to two bowls of rice a day, then to one. Many starved. Manning lost all of her teeth due to malnutrition. When the camp was liberated in 1945, Manning weighed 75 pounds.